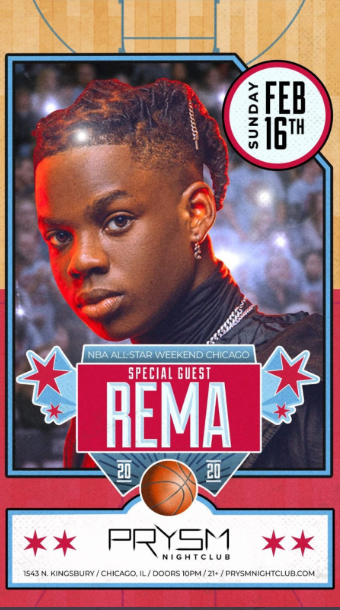 Share this on WhatsApp
Spread the love
Rema made a guest appearance at the NBA all star weekend in USA on sunday.
He performed with American rapper 2chainz at the event.
It was announced on twitter by Tega Oghenejebo, one of mavins executive that Rema would be performing at the NBA All-star Weekend on Saturday and which he performed on Sunday when the main NBA All-Star game holds.
Rema won Next Rated and was nominated for Viewer’s Choice at the 13th edition of The Headies On 12 January 2020 and also received the Souncity mvp for best new artist.
Share this on WhatsApp
Related Topics:NBARema
Up Next

AKA calls for Ighalo as Nigerians blast him