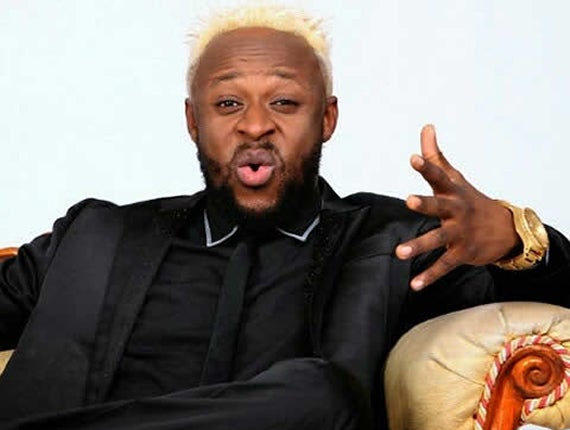 Share this on WhatsApp
Spread the love
There are people in Nigerias’ music industry who have no business in the music industry but today are called and reckoned with as music stars.
Some of them were only lucky because they have one single hit song that brought them into the limelight.
Some are lucky because they have good management that helped in promoting their work.
Some are lucky because they have the charm and charisma to makes people to fall in love with them.
Others are lucky because they have the resources to promote their music career but which ever way it’s obvious that some of the musician don’t have the talent to be a musician.
Below are list of music artistes who have no business singing in the first place and in particular order…
1. Tony Tetuila: Right from the time of the defunct group ‘Remedies’ it was very obvious that, Tony Tetuila’ born Anthony Olarenwaju Awotoye is not a good singer. That was probably why he was shocked after the group which had a breakthrough with their hit single ‘Shakomo’ in 1997 went their separate ways. Tony had revealed that he had only wanted to be a dancer. Anyways, shortly after the group went defunct he released a single ‘ My Car’ which was successful mostly because the modern Nigeria music industry was in its experimenting stage at that tone and because of heavy promotion by Kennis Music label at that time. Ever since the success of ‘My Car’ none of his songs have been a major hit.
2. Naira Marley: It’s so obvious that Naira Marley is one of the most popular and trending musician in Nigeria right now. However, Naira Marley born Azeez Fashola, is not trending or his popularity soaring because of his music prowesses but rather because of the case he had with the Economic Financial Crime Commission which shot him into limelight. Before, his arrest, the singer’s only claim to the Nigerian music industry was his hit single ‘Issa Goal’ featuring Olamide and a couple of other musicians.
ALSO READ: O-trek now Lagos most used transport mode
But due to the fact of his case with EFCC, he gained the sympathy of some Nigerians who even went on to start a cult like group on social media called the ‘Marlians’. Seeing the opportunity, he has ince been releasing different songs.
3. Davido: Born David Adeleke is one of the Nigerian musicians who has no business singing but actually got lucky due to fact that he had the resources to promote his music career and also have the best of technology to enhance his voice before they are release to the public.
Working on his voice has also been one of the good thing that the musician has done over the years since breaking into the music industry. If you are an ardent fan of the singer, you would have noticed the singer loosing his breath when singing especially during live performance.
4. Mr.P : Born Peter Okoye, is a former duo of the popular group, P’Square, which consist his twin brother, Paul Okoye, otherwise known as, Rudeboy. While in the group, Mr.P was the dancer of the group and seldom sing while his brother was the singer.
After the group went their separate ways. Mr.P has been finding it difficult to find his feet in the music industry while his twin brother, Rudeboy, has had successful hit songs. This has also prompted some of their fans to beg them to comeback to being P’Square.
Share this on WhatsApp
Related Topics:DavidoNaira MarleyTony Tetuila
Up Next