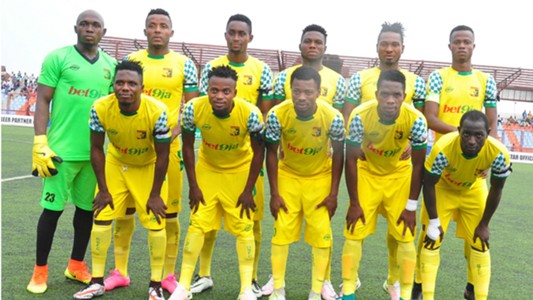 The Young Sky Blue Stars won the median edition of the competition after amassing 42 points and scoring 52 goals from 14 matches without conceding any goal all through the competition.

The first 45 minutes started on a brighter note for the Young Sky Blue Stars with well coordinated passes amongst themselves before Afolabi Ayomide tried his luck but his attempt went inches wide.

Remo Academy threatened the host defence line late in the first half of the game after a long range shot couldn’t get pass well-drilled goalkeeper, Moshood Taiwo.

The Young Sky Blue Stars took the lead in the 65th minute after Onyebuchi Obasi set up goalscorer, Afolabi Ayomide and his low header beat the visitor’s goalkeeper.

The game continued brilliantly with the Young Sky Blue Stars with chances to extend their lead but the attempt went fruitless in the course of the game.

Adegoke Ezekiel, however, beat the visitor’s goalkeeper to extend their lead after receiving a pass from teammate Shodiya Moses who fought his way inside the opponent’s box to confirm the victory for the young stars.