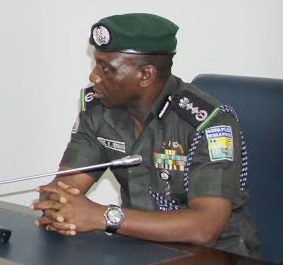 THERE is lingering rumbling in the Nigeria Police over the untimely retirement of 21 Assistant Inspectors General of Police (AIGs), last week, by the Police Service Commission (PSC). A source from the Force revealed that several officers, including some that are still in service, are highly displeased with the decision from the Presidency.

Some officers who spoke to this Reporter on the condition of anonymity complained that the trend portends potential danger of uncertainty in service where officers can seldom attain the highest position in the Force after dedicated and professional years of service.

It was disclosed that among the AIGs retired by the Commission, some were considered qualified candidates by the President for appointment as the Inspector General of Police.

Accordingly, the compulsory retirement of these AIGs has continued to cause rumbling in the Force because these are people that have been trained over a long period in service. More importantly, the retired officers have neither attained the retirement age of 60 years nor put in 35 years in the public service. Thus, the action generates discouragement and discontentment among those who are still in service because they perceive serious threat of their career in the Force.

It is contentious that nowhere in the Public Service Act that when a junior officer is picked or promoted to higher position, senior officers should be sacked.

It was gathered that the Acting IG had held consultations with his friends and old school boys, before he wrote to the President seeking the retirement of officers who are superior in rank to him. He had hearkened to the counsel of his associates because of the phobia that the senior officers may not be loyal to him.

It was gathered that the Police Service Commission was not in agreement with the decision but the Presidency summoned the PSC to the Villa where the President gave the memo to the PSC Chairman to implement.

This manner of retirement has not been the trend. The previous Inspector General of Police, Suleiman Abba, made uncomplimentary remarks on why former President Goodluck Jonathan lost the 2015 election and because of his partisan attitude, he was retired from service.

Under the Yar’Adua administration, junior officer was picked for appointment of the IG, senior officers in the Force were not told to go.

Hafiz Ringim, was a junior Officer in the hierarchy, when he was appointed Acting IGP from a distant 10th position below other officers. This had introduced a very grave and dangerous precedent into the Police Force.

There was the belief that all the nine senior officers, DIGs Uba Ringim, Israel Ajao, Uzoma Declan, Haruna Ahmadu, Olusegun Efuntayo and Udo Ekpoudom; inclduing AIGs, Mrs. Ivy Okoronkwo, Azubike Udah and Dawodu) and Hafiz Ringim, were punished with Onovo for the failures of the Nigeria Police under Onovo’s leadership to deal effectively with any of the internal security challenges the country faced in the last one year, i.e. kidnapping and armed robbery, sectarian and religious killings, political murders, wanton abuse and extortion of commuters by police personnel on major highways and roads and in the last couple of weeks, disrespect for the judiciary.

To the consternation of many stakeholders in the country, there was a white paper by the Police Reform Committee headed by Retired IGP M.D Yusuf and comprising 16 other distinguished members of the security community. That committee, after many months of deliberations, made many recommendations. One of the major highlights of that report was the one on appointment of IGP which states that in the best interest of the Police Force, Society and Country, SENIORITY AND MERIT must be uppermost in choosing all future IGPs particularly where there is no case of established misdemeanors against any officer in contention.

Hafiz Ringim was officially number 10 in the Police hierarchy at the time he was appointed Acting IGP, which means he jumped over nine other officers in reaching his current post. That created serious confusion in the Police force then; but only the DIGs were retired compulsorily.

It has been argued that the appointment of Hafiz Ringim, then, had the potential to undermining the capacity of the Force to properly groom its next generation of Officers, a similar crisis in the appointment of the current IG of police.

The Police Service Commission, last week, approved the retirement of 21 Assistant Inspectors-General of Police who were senior to the new acting Inspector General of Police, Idris Ibrahim, before his appointment.

Chairman of the Commission, Mike Okiro, had in a statement last Friday in Abuja by the Head, Press and Public Relations, PSC, Ikechukwu Ani, “congratulated the affected officers for their meritorious service to the nation and wished them well in their new endeavours.”