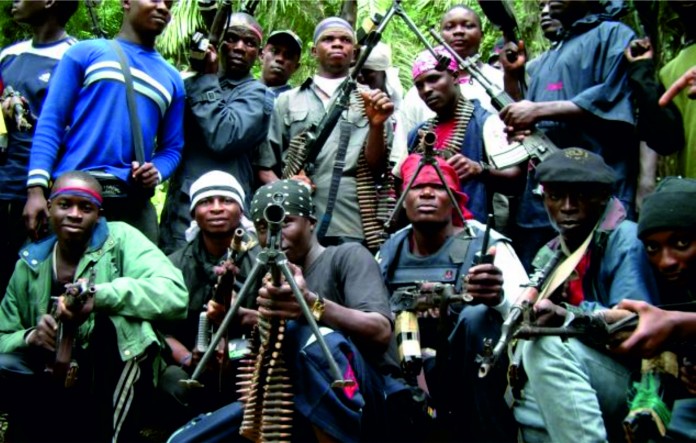 THERE are emerging signs of renewed tension in the Niger Delta over the fear that the activities of certain regrouping militants may provoke military invasion of local communities.
The various segments of militants have continued to complicate the efforts of the Federal Government to restore security in the region with minimum military force. Invariably, the dialogue opportunity being offered the restive militants by the federal government appears not appealing to the militants despite relative interventions by certain elder statesmen in the region.

The latest group joining the legion of militants threatening more bombing of oil facilities in the Niger Delta include the Bakassi Freedom Fighters who have issued an ultimatum to the Federal Government and the Cross River State Government, threatening to resume their abandoned violent agitations if their demands are not met before July 11, 2016.

Unfortunately, unlike the Niger Delta Avengers, the Iduwini Volunteer Force (IVF) and the congeries of militant groups under the aegis of Joint Niger Delta Liberation Force (JNDLF), fighting for lack of development and marginalization, the Bakassi Freedom Fighters are simply fighting for their stomach; essentially, the payment of outstanding allowances owed them.

The rising apprehension in the sub-region has become of public concerns because similar ultimatum by the Niger Delta Avengers that was not headed resulted in colossal destruction of oil and gas facilities belonging to notable multinational companies in the oil industry, particularly, Chevron and Shell, by the militants.

In a brief interaction with National Daily, Lieutenant Colonel O.M. Dauda, new Public Relations Officer, Operation Niger Delta Safe, said that he could not make any detail comment on the alleged ultimatum by the militant group because he is yet to take over formally from his predecessor, Colonel Isah.

Attempts to reach Colonel Isah for response of the military on the militant’s threat were not successful as calls to his phone could not go through.

The Bakassi Freedom Fighters had staged a mass protest to the Government House, Calabar, Cross River State, threatening to launch attacks on oil facilities and other critical infrastructure of government located in the Niger Delta region if government fails to heed to their demands within the period of their ultimatum.

The agitators who are beginning to come out of their violence retirement had protested the federal and state governments are not honouring the agreement reached by all the parties on the payment of their monthly allowances.

General’ Franklin Dukuku, Bakassi Freedom Fighters, had narrated that Cross River State Government had failed to pay the former agitators the agreed N1.5 million monthly allowances for a period of 10 months while the N65,000 paid to them monthly by the Federal Government had not been paid in the past five months.

Dukuku, represented by Clarkson Dauerighe, p4rotested: “Some of us are family members. How do they want us to survive without money?”

He was said to have acknowledged that the state government has promised to pay them this Monday, July 4. He, however, admonished: “If they disappoint us by Monday, we’ll give them an additional one week of grace. This is a warning. If by the upper week they don’t give us the money as they have said, we will shut down the whole Niger Delta. This is a national consensus as all of us, from Bayelsa to Cross River, are being owed.”

Dukuku had vowed that “the militants would bring everything to a standstill on the expiration of their ultimatum.” He said that they are consulting with their colleagues across the Niger Delta states for a possible show down with government.

The State Security Adviser (SSA), Mr. Jude Ngaji, was gathered to have exonerated the Cross River State Government from the threat. He had noted that the protest by the former agitators was directed against the federal government. Ngaji said that the former agitators only sent their message to the federal government through the state government because it was the one closest to them. “They went to Government House to drop a message for us to take to Abuja and I called their boss, General Franklin, who said he had called them in Abuja and they were trying to facilitate payment,” he stated.

It will be recalled that the Joint Niger Delta Liberation Force (JNDLF) had in June issued a threat that they were testing their missiles and warned that no plane will fly in the country’s air space within three days the test was to last. Warning was religiously complied with.

More so, as the Armed of Forces commenced heavy militarization of the Gbaramatu/Escravos Waterways penultimate week, leaders of the dreaded Iduwini Volunteer Force (IVF) had issued 14 days ultimatum to the Federal Government to reverse the purported cancellation of the Federal University of Marine Technology, Okerenkoko in Gbaramatu Kingdom, Warri South West Local Government Council, Delta State, or be ready for another show down with the Freedom Fighters in the region. They had held an expanded emergency meeting at one of their creeks military commands in Ekeremor Local Government Council of Bayelsa State.

The Commander of the Iduwini Volunteer Force (IVF), Commander Johnson Biboye, had revealed that the meeting deliberated on serious national issues, especially, as they affect the corporate existence of the Nigerian State and the people of the oil rich region of the South-South and advocated that the APC-led Federal Government should work for sustenance of democratic tenets towards promoting national integration and national interests rather than doing things that can destroy the democratic fabrics of the country.

The spokesman of the Third Face Amnesty Programme, General Ebiowei Perekebena, a.k.a General Hot Water, had told National Daily that the meeting drew participants from the six states of the Niger Delta which include Edo, Delta, Bayelsa, Rivers, Akwa-Ibom and Cross Rivers.

Below are some of the Avengers’ attack dateline:
Nigeria has been losing 800,000 barrel of crude daily to the militant group Niger Delta Avengers which has been vandalising oil installations across the oil-producing south-south since February.

Below is the dateline of the violent attacks on Nigeria’s flagship forex earners.

Forcados Terminal Pipeline got the first hit on February 25. The warning strike was for the NDA to make their demand that the federal government should cease oil production, send the oil multinationals packing, and give the Niger Delta autonomy.

This was followed by the April 28 attacks on Well D25 at Abiteye Flow Stations feeding Chevron’s oil wells.

By May 4, the crude line links to the Warri and Kaduna refineries and the gas line linking the Lagos and Abuja electricity supply.

May 5 witness the Escravos attack on Chevron’s installations.

On May 24, Agip was attacked in Bayelsa.

Chevron was also attached May 25 and the NNPC got hit May 27.

June 2, Ogboinbiri, Tebidaba, and Clough pipelines were blown up in Bayelsa on June 2. The installations belong to Agip, which had to declare force majeure. 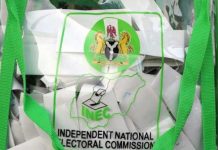