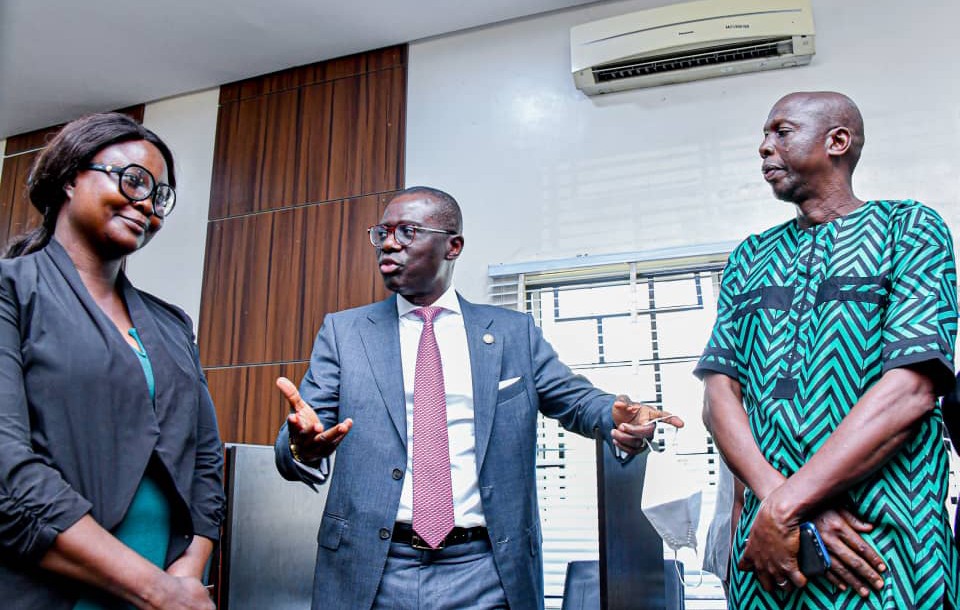 Gov. Babajide Sanwo-Olu of Lagos, on Monday, paid an unscheduled visit to members of his press crew at Bagauda Kaltho Press Centre, located within the state secretariat.

The News Agency of Nigeria reports that the governor’s visit was to empathise with members of the press crew who were attacked by hoodlums on Sunday in a bus conveying them to Lagos Island.

NAN also reports that the governor was accompanied on the visit by his Chief of Staff, Mr Tayo Ayinde, his Chief Press Secretary, Mr Gboyega Akosile, and other aides.

Sanwo-Olu urged the journalists not to be deterred by the incident, saying it was part of the hazards of their job.

He reassured journalists, especially members of Lagos State Governor’s Office Correspondents (LAGOCO), that their safety and welfare were paramount to him.

”Your job is risky; very risky, but don’t be deterred by the hazards of the job. You must have the courage to persevere,” Sanwo-Olu said.

He said that the traducers of the government would always find way of discrediting its good intentions and policies.

The governor ordered an investigation into the attack that left some journalists injured and the press crew bus badly damaged.

He added that the government would pick up the hospital bills of those injured in the incident.

NAN reports that the attack on the journalists occurred between Ebute-Ero and Adeniji, Iga-Idunganran area during the visit of the APC Presidential Candidate, Sen. Bola Tinubu, to the palace of Oba of Lagos, Oba Rilwan Akiolu.