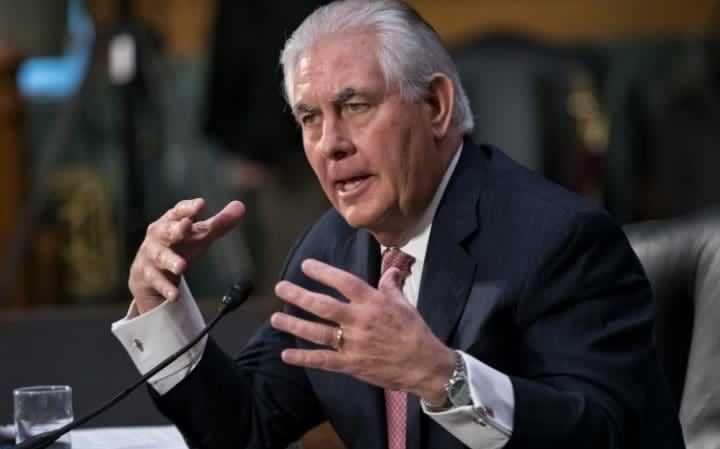 US Secretary of State Rex Tillerson has ordered a mandatory social media check for all U.S visa applicant who have ever visited or present in some Muslim countries, especially the Islamic state.

In fresh memos issued within the last two weeks he also directed US diplomatic missions across Africa, middle east to identify populations warranting increased scrutiny and toughen screening for visa applicants in those areas.

Both Republicans and Democrats in the US Congress have called for wider social media screening for those seeking to enter the United States, saying that such checks could help to spot possible links to terrorist activity.

Screenings would likely vary from country to country, according to sources familiar with the memos, as the  directive does not explicitly provide for coordination between the embassies.

Trump has said enhanced screening of foreigners is necessary to protect the country against terrorist attacks.

Advocates and immigration lawyers said the guidance could lead to visa applicants being profiled on the basis of nationality or religion rather than because they pose an actual threat to the United States.

Buchanan’s bill would direct the Department of Homeland Security to review all public records, including Facebook and other forms of social media, before admitting foreign travellers.