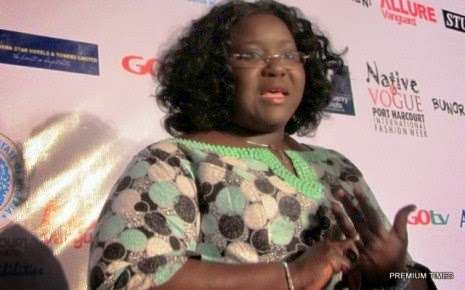 Share this on WhatsApp
Spread the love
From  Nwadike Ugochukwu, Port Harcourt
Mrs Ibim Semenitari, the new acting Managing Director of the Niger Delta Development Commission NDDC, has expressed commitment to implement the federal government’s agenda to correct the mistake of the past not to neglect the Niger Delta region regarded as the goose that lays the golden egg.
Mrs Seminiteri was appointed last week arrived the headquarters of the commission with a promise to defend and develop the region.
Speaking at a brief handover ceremony, the former Commissioner for Information and Communications to the immediate past administration of Chibuike Amaechi noted that having a good knowledge of the challenges of the region through her years of working and following events in the region, it was now time for her to contribute her quota to its development.
“I am a daughter of the region and I am a wife of the region so I have the responsibility to the region. In all of my working life, I have agitated for a better life for the Niger Delta because I am a firm believer on the fact that the goose that lays the golden eggs will have a right to benefit there from. In all of my working life as a journalist I had made it my responsibility to expose the ills that have bedeviled the region”, she stated
According to her, I have a clear understanding of what the issues are and as a reporter I had covered matters in the NDDC and I was there, the first day, I was there at the launching of the Master Plan. I did stories about it and so I have in-depth knowledge of what the NDDC ought to be. I have followed events not just as a journalist but as somebody who has worked in this
region and so I understand what their challenges are. It is now time, the grace of God for me to do my part.
When I was told about this appointment the first thing I said is that God places us in time and space for reasons. And so at this time it has pleased God to put me in this place. I have a responsibility, first to God, secondly to my President and Commander-In-Chief, to make sure that his vision, which is to develop the Niger Delta comes to pass”.
Share this on WhatsApp