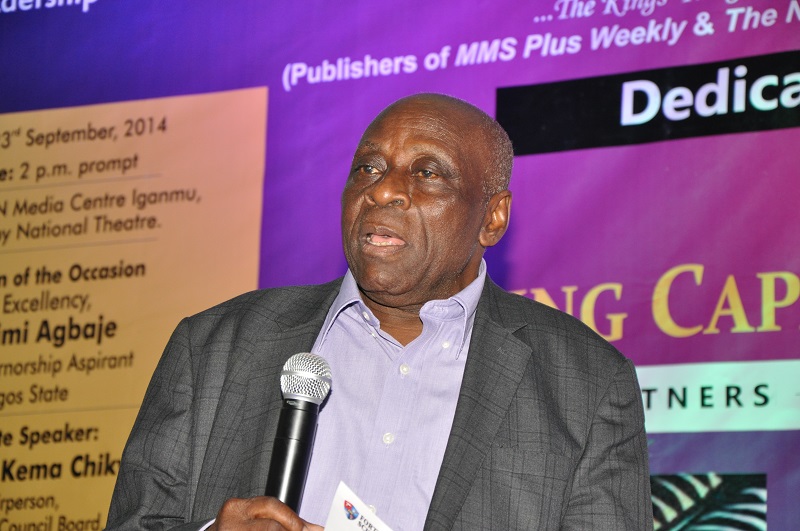 Share this on WhatsApp
Spread the love
Maritime activities closed on Saturday with a Maritime Economist, Chief Kunle Folarin, suggesting that manufacturing industries should come on stream to put in place an import substitution regime.
Folarin, who is the Chairman, Nigerian Port Consultative Council (NPCC), made the suggestion in an in Lagos.
According to him, as an import-dependent economy, manufacturing for local demands is key and we must start to look at how to boost non-oil exports.
He said that exports would support Nigerian economy by providing foreign exchange in 2016 in order to have enough money to fund international trade.
“The key to economic boom in 2016 is to promote non-oil exports to sustain the economy,’’ the maritime economist said.
Folarin said that cargo volume in Nigerian ports might also drop in 2016 “unless there is enough foreign exchange to support imports’’
In the week under review, Nigeria Ship owners Association (NISA) said its partnership drive with the Greeks on acquisition of 40 ships “is being delayed by lack of jobs (cargoes)’’.
A mariner, Capt. Niyi Labinjo, said that there were no contract for indigenous ship owners.
He, however, said there was an understanding with the Greeks and “the relationship is still blooming’’.
“If I do not have a job, if you give me one million ships, I will reject them.
“Why will I go and get into trouble. The ones (ships) that are here are not engaged; you want me to go and bring more and get into more trouble and be defaulting.
“When you talk about Cabotage; is exclusive. You do not think twice, because the working of Cabotage is dependent on availability of cargo or contract.
“So if I do not have a contract of what use will I go and bring another ship. It would now stand still and become another wreck,’’ Labinjo said.
Share this on WhatsApp