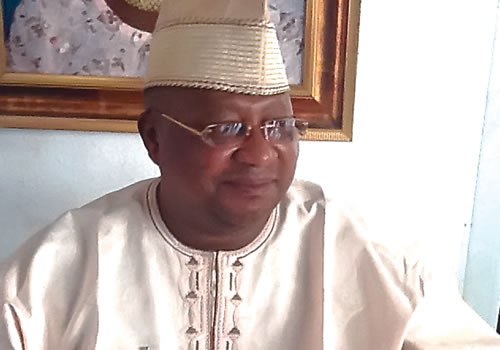 Share this on WhatsApp
Spread the love
Anger rent the air in Ede late on Sunday as residents and sympathizers queried the death of Senator Isiaka Adeleke, who died at a private hospital in Oshogbo, claiming that he was poisoned by yet to be identified person.
They claimed he was poisoned at a political function he was said to have attended on Saturday at Olupona, Iwo Osun State.
As a result, his burial earlier slated for yesterday according to Islamic rites, has been postponed while the family has ordered for a comprehensive autopsy.
He might be buried today after the autopsy at the Ladoke Akintola University Teaching Hospital, Oshogbo.
ALSO SEE: Senator Isiaka Adeleke dies at 62
However, the Osun State government has appealed for calm while they await results of autopsy.
According to the Director, Bureau of Communication and Strategy, Office of the Governor, Mr. Semiu Okanlawon in a statement said, “While the government awaits the reports of the autopsy which is being conducted, we can only calm our people to take this huge and incalculable loss with equanimity,”
The former Governor of Osun and a three-term senator in the 8th National Assembly was said to have died of cardiac arrest on Sundaymorning.
Senator Adeleke, representing Osun West Senatorial District was born on January 15, 1955 to the family of Ayoola Adeleke and Esther Adeleke. His father was once a Senator of the Federal Republic of Nigeria.
The late senator  attended Christ Church Primary School, Enugu Ogbomosho Grammar School, Ogbomoso, Oyo State before he proceeded to the Jacksonville State University United States of America for his Bachelor Degree in Political Science in 1983.
Share this on WhatsApp
Related Topics:DeathPoisonSenator Isiaka Adeleke
Up Next