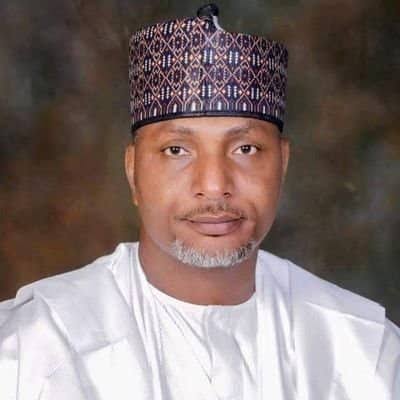 Statutory Adamawa delegates to the Feb. 26 national convention of the All Progressive Congress (APC) have promised to support Malam Saliu Mustapha’s quest for the national chairmanship position.

The statutory delegates include serving and former Adamawa lawmakers, who made the pledge during a courtesy visit on the aspirant at his campaign headquarters in Abuja.

Mr Dapo Okubanjo, Media Aide to Mustapha, announced this in a statement issued in Abuja.

Led by Umar Yapak (APC, Verre), the Adamawa lawmakers said they arrived at the decision because they regarded Mustapha as a unifier based on his antecedents.

“We have heard about how, as Deputy National Chairman of the defunct Congress for Progressive Change (CPC), you were fair to all in terms of choice of party candidates.

“We also know that you will use your experience in party administration and your age to act as a bridge between the old and young generations of APC members,’’ they told Mustapha.

According to Okubanjo, the lawmakers also promised to speak to some of their colleagues from neighbouring Gombe and Taraba states with whom they collaborated in the past in matters of mutual interests.

He stated that Mustapha who is also the Turaki of Ilorin assured the delegates that he would not disappoint them.

“I won’t take this gesture, from you distinguished personalities, for granted, especially as you counted me worthy for endorsement among the strong list of contenders for the position.

“Let me assure you that on my watch, the party leadership will ensure that consultations are done on a regular basis with stakeholders across board.

“This will go a long way to manage any possible crisis even before it becomes a major problem,’’ Okubanjo quoted Mustapha as having said in his response.

He stated also that Mustapha said because Adamawa was an APC state, the party would take over its governance in 2023.