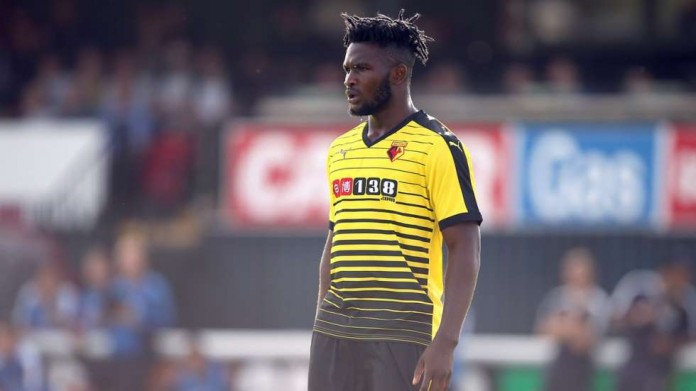 Watford forward Isaac Success Cup and Enugu Rangers striker Osas Okoro will be crowned the Edo Footballer of the Year by the Edo FA at a ceremony scheduled for the  Excalbur Hotel,Benin City, on December 16.

The 20-year-old Success, a 2013 U-17 World winner, has been in fine form since joining the Hornets for a club record £12.5m from Granada  in July, after a virtuoso performance in La Liga that saw him being named 2015/16 Granada Player of the Year.

National Daily gathered that the Home-based Eagles star Okoro’s goals on the other hand played a major role as the Flying Antelopes ended their 32-year league hoodoo last season.

Super Falcons and Bayelsa United star Osarenoma Igbinovia is the Player of the Year (Women).

The annual football awards were initiated on assumption of office by the Frank Ilaboya-led Edo FA last year to honour outstanding football personalities from the state and beyond.

Coach Samson Siasia, who led the national U-23 team to a bronze medal win at the 2016 Rio Olympic Games and General Manager SuperSports, Felix Awogu have been earmarked for the Football Personalities of the Year.Also be honoured on the night is sports philanthropist and owner of the FROT Group, Frank Momoh, who gets the Outstanding Football Personality of the Year award.

Others to be honoured are Baldwin Bazuaye (Coach of the Year), Ine Stars (Youth Team of the Year), the trio FROT Group, Big Joe Ventures and Wesley Hotels (Corporate Sponsors of the Year).