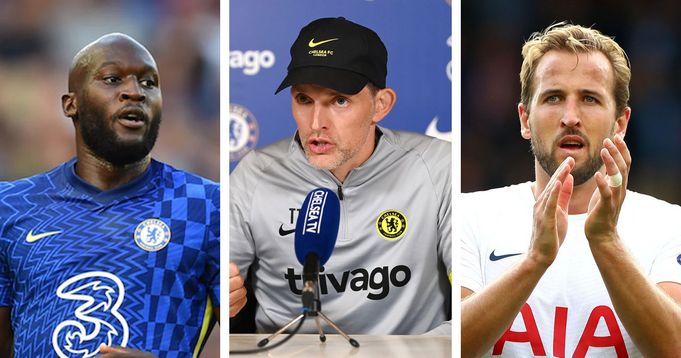 “There’s one big similarity, they score decisive goals,” Thomas Tuchel told a press conference when asked to compare Romelu Lukaku to Harry Kane ahead of their face-off on Sunday.

“They love scoring and they always have scored no matter the competition. Apart from this they are very different players, different styles of play.

“And we need to be very focused if Harry Kane plays, on how to defend, where to close him down, when you close the deliveries down.

“Once he has the ball he’s one of the most dangerous guys in the world to finish attacks, he’s fantastic in conversion.

“But we have also some guys around Romelu who are able to serve him and deliver good performances. In the end it’s a team effort, and it will always be like this.”

The rivalry between the two 28-year-old strikers is up there among the most intriguing aspects of the upcoming London derby.

Lukaku has already scored three goals in this Premier League campaign, while Kane is yet to find the net in the competition – and Chelsea wouldn’t want him to find his scoring boots on Sunday.