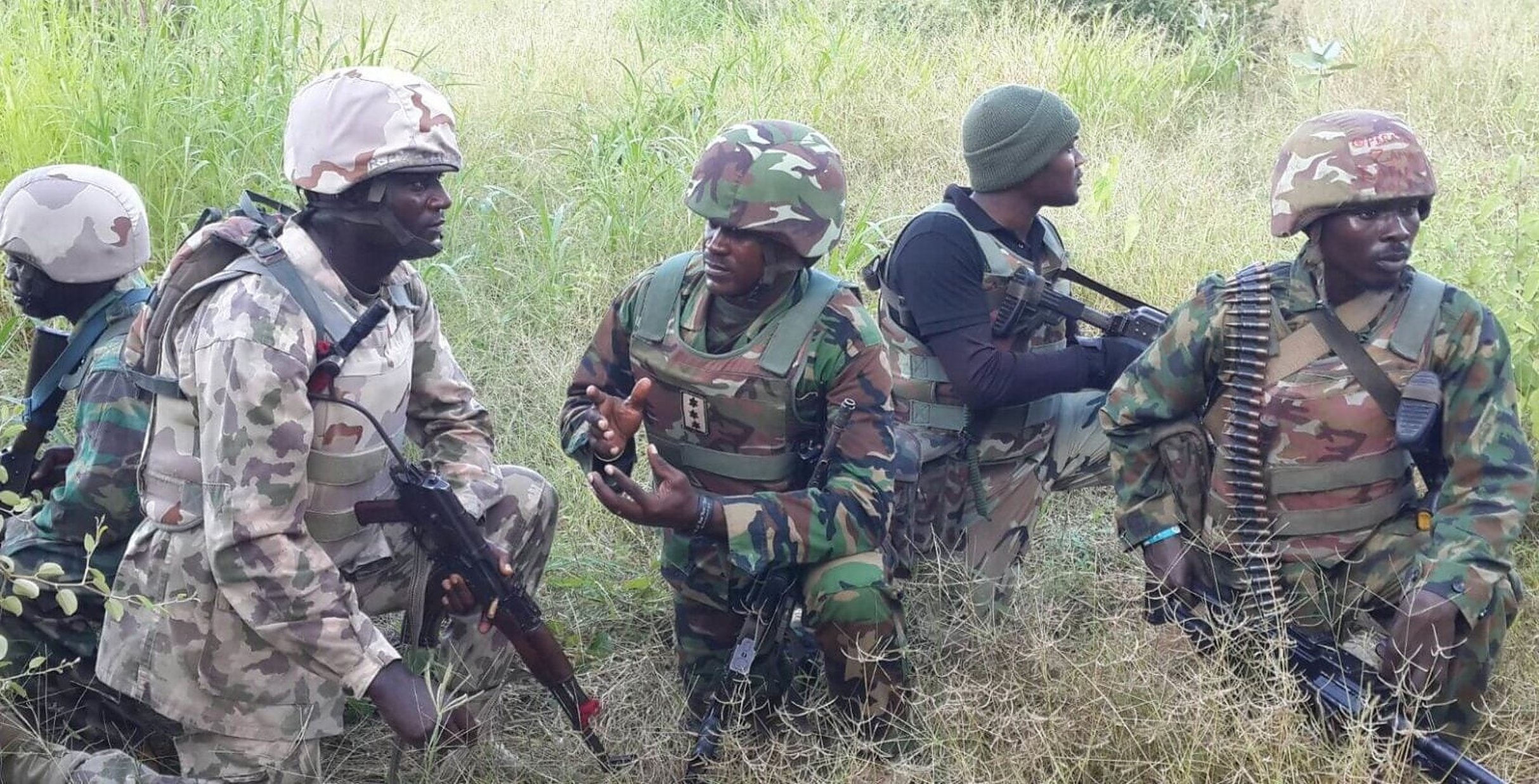 The Defence Headquarters on Thursday said that troops of Operation Hadin Kai had in the past two weeks eliminated 14 terrorists and arrested 15 others.

Onyeuko said that 100 family members of terrorists in the North-East comprised 33 women and 67 children were also rescued by the troops.

He said the troops in conjunction with the Civilian Joint Task Force, on May 22, dealt a deadly blow to the terrorists at Amdaga, Balazola, Ndakaine, Jango, Sabah and Gobara in Gwoza Local Government Area of Borno.

Onyeuko said that the Boko Haram and Islamic States West Africa Province (ISWAP) terrorists’ hideouts in the area were also leveled and cleared during the encounter.

He added that the terrorists fled in disarray due to the superior fire power of the troops, and abandoned their properties and family members.

The vehicle, he said, was reported to have been stolen by the terrorists in February 2021, but was recovered on May 23, on old Marte road.

Onyeuko said further that troops on patrol in Ashigashiya, Kodele, and Apagaluwa in Gwoza Local Government Area, encountered terrorist-herders, who engaged the former in a fierce gun battle.

“The terrorists fled due to the troops’ superior fire power, while troops recovered 40 sheep.

“Furthermore, on May 31, troops repelled an attack by terrorists, at Firm Base Arege, in Abadam Local Government Area of Borno and inflicted heavy casualties on the terrorists, while other fled in disarray.

“Accordingly, all arrested, rescued family members of terrorists and recovered items have been handed over to the appropriate authorities for further action,” he said.

Onyeuko said there had been sustained efforts to build on the successes so far achieved in the various theatres.

Share this on WhatsApp
Related Topics:10014 terrorists15ArresteliminateFamily membersRescueTroops
Up Next