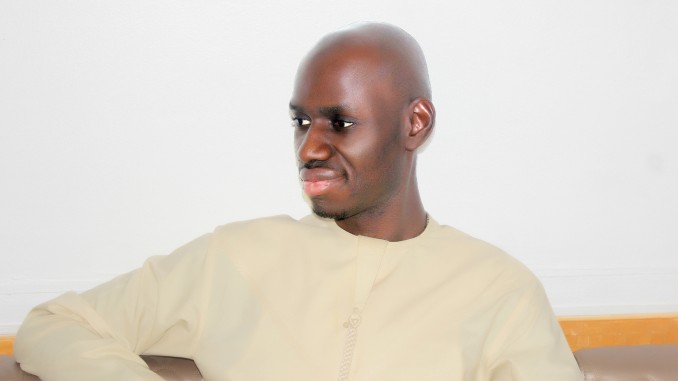 Former Deputy National Publicity Secretary of the ruling All Progressives Congress (APC), Comrade Timi Frank, has berated President Muhammadu Buhari for renting a crowd at $500 per head to engage in solidarity protest for his support at the 76th United Nations General Assembly (UNGA) in New York, United States (US).

Frank, the United Liberation Movement for West Papua (ULMWP) Ambassador to East Africa and the Middle East, in a statement in Abuja, chided members of President Buhari’s delegation to the UN who deployed Nigeria’s funds to pay participants in the pro-Buhari rally in a failed attempt to shore up the President’s plummeting reputation both at home and in diaspora.

Frank expressed displeasure over the attack on a Nigerian activist, Reno Omokri, who was at UNGA to protest President Buhari’s clueless and pernicious handling of government affairs in Nigeria.

Frank in the statement assessed by National Daily, declared:

“This ignoble parade has shown that Buhari and his failed government are not only neck deep in corrupt activities but have also taken to exporting such abhorrent tendencies to other countries.

“Paying American citizens, the sum of $500 each to sing the praise of a clueless and inept administration cannot erase the many and unpardonable failings of Buhari and his cheer leaders, in fact, the action further signposts the reckless looting and frivolous spending of taxpayers money which has become the hallmark of the present administration.”

Frank maintained that “most of the rented protesters had confessed in videos made viral on social media platforms that they were paid by Nigerian officials to stage the protest.”

Timi Frank, therefore, demanded the U.S. Government to “investigate President Buhari and members of his delegation who organised the show of shame which has brought odium and international ridicule to Nigerians.”

Frank added that the U.S. Government, through its Ambassador to Nigeria, must as a matter of urgency, cancel the visas of members of the delegation who organised the paid show for setting a bad precedence and exporting corruption to their country.

The United Liberation Movement for West Papua (ULMWP) Ambassador to East Africa and the Middle East, argued that “this has become necessary to deter other African countries who may want to attempt such unbridled display of corrupt tendencies on the American soil.”

Frank subsequently declared: “What they have done is patently unbecoming,

unconscionable, immoral, ungodly and ant-people, in that they induced American citizens with money to protest in favour of Buhari the same way they have been buying votes in Nigeria to hang on to power.

“It is clear that the rent a crowd syndrome has become the pastime of Buhari and his minders having done the same thing during his cost to London.

“They have come to introduce a new dimension of corruption in a America and the American must met out stiff penalties against the perpetrators to discourage other African nations and governments who may want to emulate Buhari and his regime to engage in such open shame on future.

“It is an unforgivable act in that while most Nigerian households live on less than one dollar a day, the Head of State and his over-bloated entourage to the UNGA in New York could dole out wards of dollars to street urchins to help launder their image.”

He was of the view that only a swift punitive action from the American Government would checkmate Buhari and his handlers from further exportation and spreading of corruption and perpetuating acts inimical to the economic empowerment and wellbeing of Nigerians during future trips outside the country.