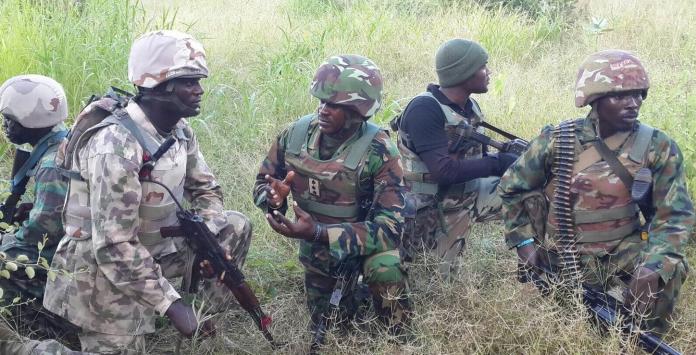 The Forward Operating Base at Burkusuma, Sabon Birni LGA, Sokoto, was lean on the weekend, and ISWAP terrorists took advantage of that to move in for the kill.

The Defence Headquarters said the terrorists were repelled all the same.

It also admitted one more thing working the terrorists.

While all telecom networks in most of the LGAs in Sokoto, Katsina, and Zamfara were shuttered to prevent communicating, the terrorists have gone a bit around the blackout.

The LGA borders on the neighbouring country.

Sawyer, however, said bad as it seemed, troops of Operation Hadarin Daji, in conjunction with other security agencies, successfully repelled the morning attack.

He said many of the ISWAP fighters were eliminated while some scrambled with various degrees of injuries, resulting in their pursuit to Bassira in Niger Republic.

The statement noted there was some level of casualty recorded on the part of the federal troops, too.

Now the Nigerian and Nigerien forces are jointly trailing the remaining ISWAP fighters.