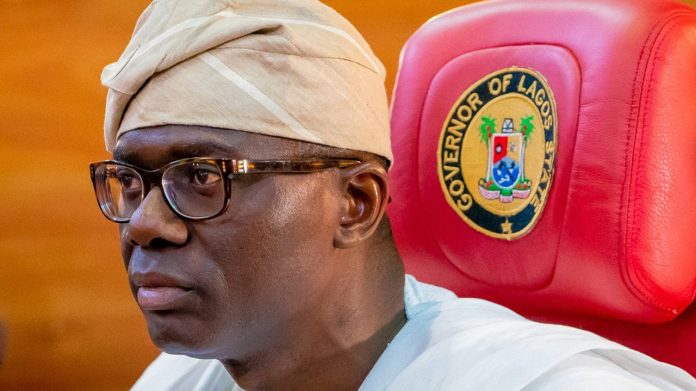 Lagos State Government on Wednesday said that it is poised to execute judgement granting states the power to collect Value Added Tax, saying no booby trap will affect its implementation.

The Lagos state Attorney-General and commissioner for Justice, Moyosere Onigbanjo (SAN) disclosed this during a public hearing at the State House of Assembly on ‘A Bill for law to impose and charge value Added Tax on certain goods and services provided for the administration of the tax and other Related Matters.’

Onigbanjo while reacting to a representative of civil society organizations, Mr Adeola Samuel who cautioned the State Government over the execution of the judgment in favour of Rivers State, said the judgment on VAT law is not valid only in Rivers State.

READ ALSO: Wike threatens to shut down banks, other businesses over VAT default

He reiterated that “the national Assembly does not have power on VAT that is what brings us where we are today. The position as it is today the VAT law is no longer applicable in Nigeria. I respectfully disagree with your position sir,” the Commissioner for Justice submitted.

While addressing newsmen shortly after the hearing, the Chairman of the House Committee on Finance, Hon Rotimi Olowo said, “It will make no sense if all money accruable to us in Lagos State is taken by the Federal Government. Lagos is working hard and we are sweating.”

He argued that there are lot of pressure on the State Government in terms of infrastructure, saying with the proposed law on VAT in the State, it would bring about holistic development in the State.

Earlier, the Speaker of the Lagos State House of Assembly, Rt Hon Mudashiru Obasa said States feel financially strangulated and unfairly treated by the Federal Government in her and appropriation of receipts of Value Added Tax (VAT).

He disclosed this on Wednesday during a public hearing on a bill for a law to impose and charge Value Added Tax (VAT) on certain goods and services, provided for the administration of the tax and for related matters.

Obasa, who was represented by his deputy, Hon. Wasiu Eshinlokun-Sanni said Lagos State, for instance, generates the excess of N500 billion in VAT form. “If we go by generation trend, in tandem with the N2. 4trillion forecasted by the Federal Inland Revenue Service (FIRS), Lagos will be contributing about 55percent of the total VAT collectables in the entire country.

“It is in this light of these that Lagos State seeks to praticalise her rights that is established in the Rivers State’s judgment by proposing this bill for a law to enable the State to collect VAT thereby creating a complete tax regime”.

The Speaker stressed that this will ensure the State could afford more resources to channel towards her developmental goals, saying this action will bring to the fore true federalism that they have been agitating.