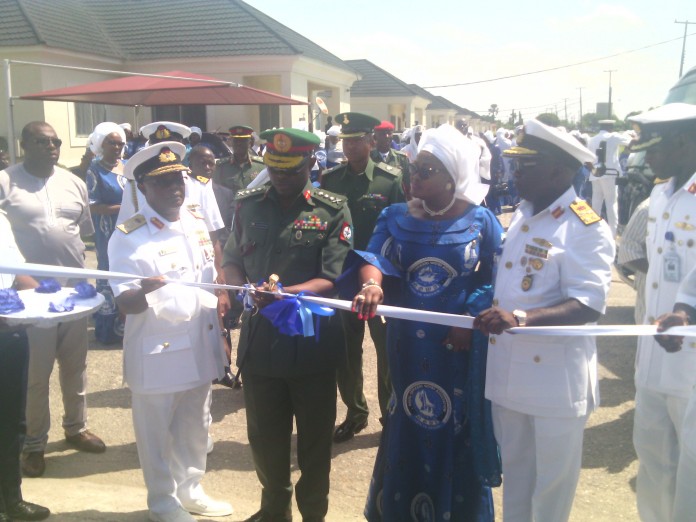 The days of Boko Haram in the Sambisa Forest are numbered as the Chief of Defence Staff, (CDS) Gen Abayomi Gabriel Olonisakin said in Lagos on Wednesday that the military has setup “Operation Crackdown” to rout the insurgents from the forest.

Speaking at the commissioning of Nigerian Navy projects at the Navy Town and Western Naval Command, Apapa, as part of its activities marking the rounding off of its week-long golden jubilee celebrations eulogised the force for its modest achievements at touching the welfare of personnel.

The CDS explained that “Operation Crackdown” started last week to penetrate into the Sambisa Forest to clear the remnant of Boko Haram insurgents.

“The operation is progressing and that was how one of the Chibok girls was rescued and the operation is on-going until we completely rid the forest of the terrorist.”

On when the terrorist would be completely eliminated, Gen Olonisakin reiterated that it is an operation that would clear the enclave of Boko Haram noting that the war against the insurgents cannot be totally eradicated.

He added that Boko Haram have been decremented and they can no longer carry out their nefarious activities again stressing that “we would continue to step up our game in collaboration with the Multi-National Forces.

Among the projects commissioned by the CDS include the remodeled Intensive Care Unit at the Naval Reference Hospital; One block of 24 flats of two bedroom for ratings; 18 blocks of three bedroom flats for Lieutenant Commanders and an Administrative block and Control at the Nigerian Navy Airbase, all located at the NNS WEY, Navy Town, Ojo.

Other projects included the New Officers’ Mess at the Western Naval Command, Apapa.