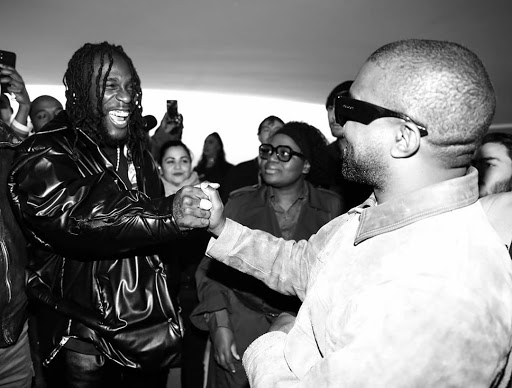 Share this on WhatsApp
Spread the love
Nigerian Grammy-nominated music singer, Burna Boy has finally met with American Rapper, Kanye West years after Kanye West’s ‘Ye’ album became a blessing in disguise for Burna Boy.
If you recall, sometime in June 2018 after the release of Kanye West’s Ye album, people who were searching for Kanye’s album were accidentally finding OluwaBurna’s Ye and were listening to it which ended trapping the attention of the listeners.
Burna Boy was grateful for that and he put up a video to appreciate the Yeezy king.
Since the incident, many had been wondering if the two musical powerhouse would eventually get to meet each other, and perhaps have a good laugh about the confusion their individual project title had caused for music lovers, especially those subscribed to digital music streaming platforms.
Well, the legendary meet up finally happened, and it was indeed similar to what many may have imagined about the moment;
Share this on WhatsApp
Related Topics:Burna BoyKanye West
Up Next

Why everyone is reading meaning to this Tiwa and Wizkid situation