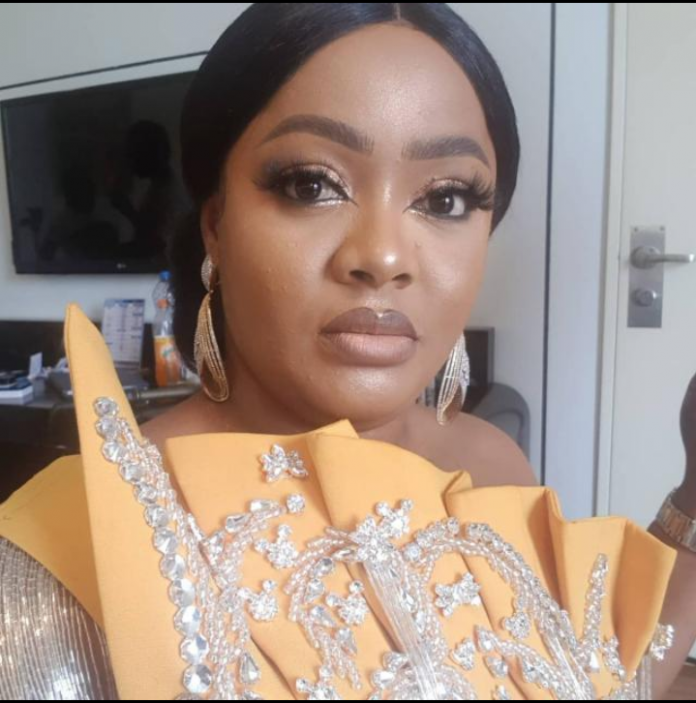 With years of experience and bouquet of laurels in an industry where typecasting rules, comedienne Helen Paul Bamisile tells the National Daily she’s got no mould yet.

You’ve grown in many areas of life: personally, career-wise, spiritually. I saw this in your PhD dedication to Mum. At your stage of growth now, what would be your response if Dad showed up?

The thing is—I’m privileged to have numerous fathers in my life at the moment. God has been so good to me such that people just show up in my life and have been playing the role of father figure. It has been happening in ways that are beyond my understanding. So, I don’t think it would make any significant difference now if someone shows up and wants to be “a father” in specific terms.

Would you forgive him?

I harbor no grudge or ill feeling about anything. I healed long ago and that was why I felt confident enough to share my story. I wanted to reach out and motivate other people that might be in same or similar condition. Roses grow from thorns and, by way of analogy, there’s gain in pain. I was ready for any backlash following my publication of my story, knowing fully well how our society may react to the story. But I knew a whole lot more people would be inspired.

That dedication and the backstory was from your heart of hearts. Celebs now do that a lot: #Metoo, #Istandwith Helen etc. Yours is about inspiring others, right?

Exactly. It’s about inspiration and motivation. If you think you were born without a silver spoon, shake off your limitations and step out boldly. You have factors militating against your success in life? Break off your chains, believe in yourself and achieve whatever you set your mind to. Your circumstances make you think you’re destined to be a failure? I don’t think anyone is. If I could rise from grass to grace, you also can.

What then happens to inspiration if you don’t have such hard-luck story to share?

Everyone has a story. Your own story is peculiar though. No two people have the same exposures and backgrounds in life. Yours may not be a hard luck, tough luck, or hard knock life, but at some point in everyone’s life, there was a time we all felt like giving up. There was a time we felt like changing some cause we were pursuing due to doubt and unbelief. That’s something applicable to us all. So, hard knock life or not, you can share or use your story to motivate others. You don’t need to cook up or fabricate any stories – we all have one.

Comedy is an art form. Were you born with yours or it was acquired?

I believe I was born funny. Of course, I honed my skills as I grew. You don’t become the best at what you do by mere reliance on your God-given skills or gifts. You have to practice regularly and hone those skills well enough to keep getting better.

Jara is a show about all the people and behind-the-scenes activities that are pivotal to all those amazing movies on our screens. People don’t get to see that all the time. It’s about the actors most of the time. So, Jara brings to your screens the producers, script writers, directors, etc. so all can appreciate the labor they put into making those great movies.

At some point in stardom, female stars become some kind of crusaders. Feminism, Treehugging, LGBTQ+. Which is your own pick? Have you started?

I can’t be kept in a box with a specific tag. I advocate for everyone – women, men, children, etc. It’s all about what I have strong convictions about. I relate well with so many of my male colleagues in the industry. They are like brothers to me. If you speak to some of them, they would tell you how I advocated for them in times of dire need. Sometimes, such advocacy tends to even go against the grain. By that I mean, in such circumstances a woman would have behaved differently. But I did otherwise. And in other cases, I would do what a woman would be expected to do. So, I am neither a feminist, nor a crusader of some sorts for any specific set of people in any society. It’s all about what I’m convinced about on all sorts of ranging issues. You might see me speaking in some particular direction on a topical issue and then say something else in another situation. I am guided by a singular belief – the world should be a level playing field for everyone and everyone should have a shot at life.

Let’s be particular. What’s your view of feminism?

I believe that God created both genders with peculiar skill sets and strengths. So, each gender is created to operate at optimal level with regard to its strengths. There shouldn’t be any competition. Do what you do best and excel at it.

You believe in miracles? Why?

Because miracles are recorded in the Bible. If miracles could happen then, I see no reason why they can’t happen now.

Since life is a stage and we are all actors. Can you draw your character arc up till now? What has changed?

I have evolved from being a singer, to being a comedian, an actress, an MC, an academician, and in general, an entrepreneur. I am also into philanthropy and recently launched an NGO. Aside that, I’m not sure there’s any part of entertainment that I’m not capable of handling. One of my mission statements is to give expression to all the gifts I’m blessed with. I am a round and developed character. As an example, if you check my Instagram page (@itshelenpaul), you would see the various characters that I have created. From being an Alhaja, to being a mischievous child, and then a merchant, a politician, a street urchin, and a Pastor. The list is endless. I keep growing and won’t stop until His kingdom comes.