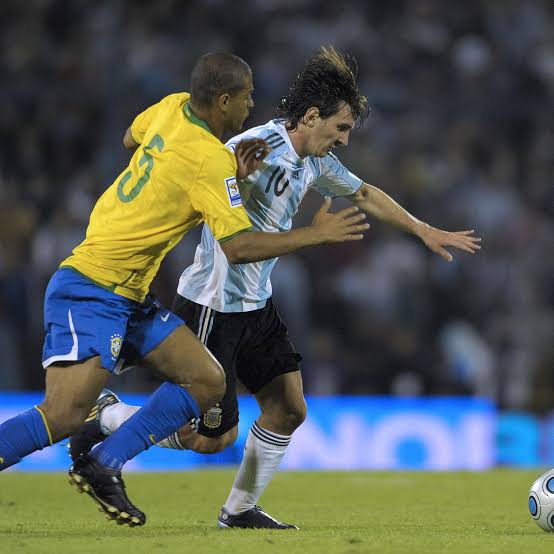 Share this on WhatsApp
Spread the love
Former Brazil international Filipe Melo, in a game against Argentina, found a way to stop Messi as Brazil won 3-1 in Rosario. Melo says that he will tell his children and grandson about that game because it was a game that he and his teammates stopped Messi.
However, Melo has said that trying to stop Messi or kick him out of a game doesn’t work because the Argentine is a resilient player, and he is in the top three players in football history.
And there are many who think that is an Insult. Because they believe Messi is the best after 6 Ballon Dor.
Share this on WhatsApp
Related Topics:Filipe MeloLionel Messi
Up Next

Why Mane, Aubemayang have Xavi in their black book