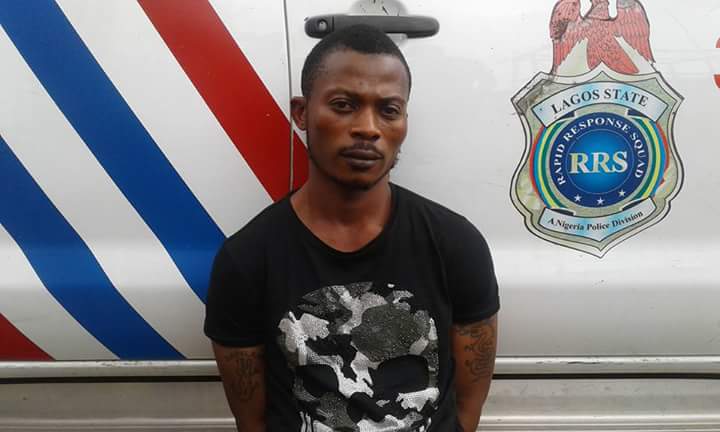 A notorious serial thief, who specialised in stealing brain boxes and winding buttons in cars has been arrested by the police in Lagos Island, Lagos.

The suspect, Kunle Afolabi, 31, was arrested around 4:00 a.m. on Friday in CMS after removing two brain boxes and winding buttons in latest operation from two Toyota Corrolla parked on Broad Street, Lagos.

National Daily gathered that items found in his possession were two brain boxes of Toyota Corrolla and four winding buttons.

It was also learnt that he usually operated in Ikoyi, Lagos Island and Victoria Island with operational days as Mondays, Thursdays and Sundays.

Afolabi confessed to have removed the brain boxes from the Toyota Corrolla belonging to a Deacon in First Baptist Church, Broad Street, Lagos and another Corrolla in the neighbourhood.

Before his arrest, it was learnt, Afolabi had been imprisoned thrice for the same offence and theft.

According to him in his confessional statement, he had participated in stealing of the brain boxes from 57 Toyota cars in Ikoyi, Victoria and Lagos Island.

The suspect disclosed that he has been into oil bunkering at Tawka Bay Island but had to abandon the illicit trade due to constant police harassment.

Afolabi explained the mode and places of operation and how he was lured into stealing brain boxes.

“I was introduced into the business of stealing vehicle parts by Yinka, a friend living in Cole Street, Oyingbo, Lagos in 2014.

“Together, we stole brainboxes of many cars, Toyota and Lexus. Our areas of operations were Ikoyi, Victoria Island, Ajah and Lagos Island. We operated thrice weekly. 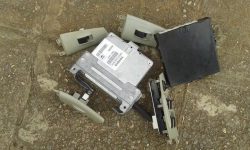 “Having mastered the act, I started my solo effort. I majored in brain boxes of Corrolla and Hilux only, and at times, Toyota buses occasionally.”

He further disclosed that “the focus on Toyota is because there is a ready buyer. Spare part sellers are ever ready to buy from you.

“I sell Corolla brainboxes for N40,000 and Hilux, around N70,000. I go for operations on Mondays, Thursdays and Sundays. The areas I operate are Ikoyi, Lagos Island and Victoria Island.

ALSO SEE: 99 percent of crimes committed in Lagos are by men

“Because I wanted to operate on the Island that night, I told my wife that I was going to work. She knows I am into oil bunkering around Takwa Bay. About a year ago, the police forced me to abandon oil bunkering for car parts theft.

“I usually surveyed the Broad Street around 9:00 p.m. on Thursday to see any vehicle I would remove its brainbox and winding buttons. I had learnt to be very cautious now because I have been imprisoned thrice for sundry offences bothering on stealing.

“I was on the Island till 3:00 a.m. when I sneaked into Broad Street for operation on Friday. Before getting there, I had removed the brainbox of a Toyota Corrolla in the adjoining street. 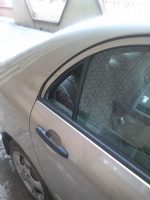 “I had succeeded in removing the brainbox and all the winding buttons in the car when a guard spotted me. He raised an alarm which drew the attention of Rapid Response Squad (RRS) officers around. I was chased and arrested,” he explained.

Afolabi added, “I sell the stolen items to a vehicle part dealer, Senior in Coconut area of Ajegunle. Most times, I take the parts to him in Layode Street, Ajegunle or meet him in his shop,” he reiterated.