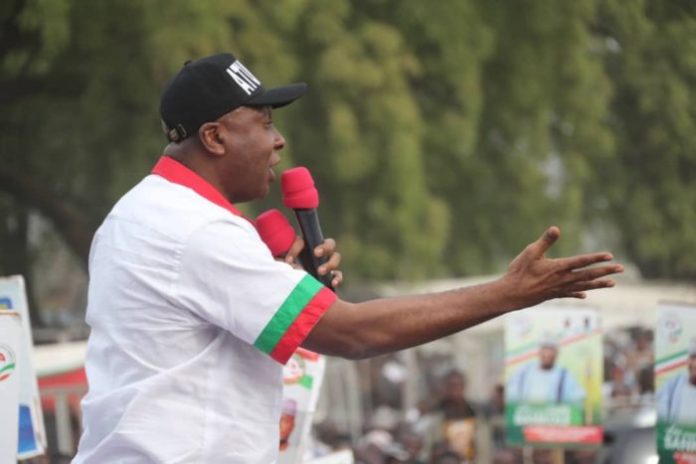 As  the governorship and House of Assembly elections draw close, more than 2, 500 members of the PDP have defected to the APC) in Ilorin West and Asa local government of Kwara.

While over 2, 000 PDP members defected in Ilorin, 500 defected to the APC in Asa local government.

The defection in Ilorin took place on Sunday at Taiwo area and was led by leader of the group, Mr Bamidele Aluko, a former member of the State House of Assembly and a staunch foot soldier of Sen Bukola Saraki.

They were received by chieftains of APC,  Alhaji Kunle Suleiman and Mr Olawoyin Magaji.

Aluko was also the chairman of the Kwara United Football Club and the PDP leader in Badari Ward of Ilorin West, the most populated local government area of Kwara State.

The mass defection took place in Taiwo area of Ilorin, led by Mr Bamidele Aluko, a former House of Assembly member and a staunch foot soldier of Sen. Bukola Saraki.

Last Tuesday, over 500 PDP members from Osin Wara, Osin Egbejila ward and others declared allegiance to the APC in Surulere.

Aluko said the outcome of the National Assembly elections was the clearest manifestation that Kwarans had decided to reject and retire Sen.Bukola Saraki for reasons of bad governance, oppression and non-inclusive leadership.

“Our people are tired. Salaries don’t get paid in the true sense of the word and the infrastructure on the ground is not commensurate with the resources the state has received over the years.

“Worst still, people are tired of leaders who see everything from their own comfort zone.

“People are tired of the status quo. They are angry and fed up with dictatorial leadership and the result is what you just said,” Aluko said.