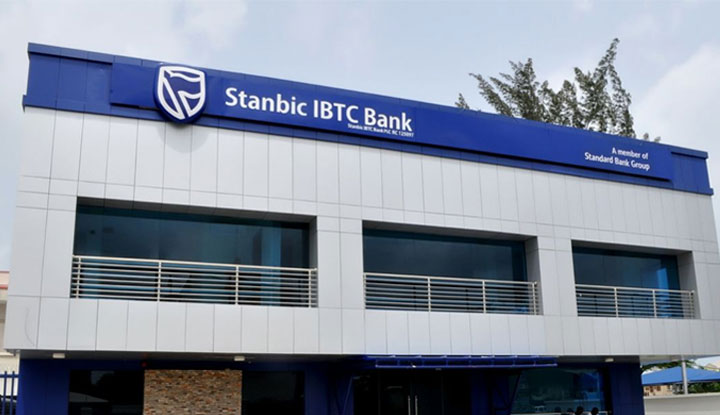 Stanbic IBTC and CRC Credit Bureau Limited have been asked to pay the sum of N50 billion as general damages to one of its customers, Longterm Global Capital Limited, for false, malicious and injurious publication against it.

While delivering judgement, Justice Candide-Johnson of a Lagos High Court also ordered the bank and CRC Credit Bureau Ltd that is a joint defendant in the suit filed by Longterm Global Capital Limited, to publish forthwith and not less than seven days, a retraction and apology to the claimant in the cover pages of Sunday and Monday editions of the Punch, Thisday and Guardian newspapers, in respect of the alleged false indebtedness publication of the claimant to the bank.

Justice Candide-Johnson also directed CRC Credit Bureau Limited, to immediately delete from its electronically published data bank and all other publications, all references to the alleged indebtedness of the bank’s customer to the bank.

The judge further made an order of perpetual injunction restraining Stanbic-IBTC Bank PLC and CRC Credit Bureau Limited, from further publishing any other materials or details relating to the alleged indebtedness of the claimant to the Stanbic-IBTC PLC

Finally, the court also ordered the payment of interest on the above judgement sum at the rate of 10 percent per annum from the date of judgement of the court until date of the final payment by the defendants in line with the provision of Order 35 Rule 4, of High Court of Lagos State (Civil Procedure) Rules, 2012.

The judgement of the court was sequel to a suit filed before the court by the Stock broking firm, Longterm Global Capital seeking a sum of N50 billion damages against Stanbic/IBTC Bank Limited, over an alleged breach of contract agreement, and malicious publication of non-existing indebtedness.

The stock brokerage firm in its statement of claim filed before the court against Stanbic/IBTC and CRC Credit Bureau Limited, by its lawyer, Chief Felix O. Fagbohungbe (SAN), alleged thus: that on or about April 2, 2014, pursuant to the banker/customer relationship between it and the bank, it applied to Union Bank of Nigeria Plc, for a term loan of N250 million.

The loan was for the purchase of a commercial property at Lekki Phase 1, Lagos, which would have been prime property it would have acquired and developed into a multi-storey ultra-modern apartment complex for sale to various property investors.

But to its greatest bewilderment, its officials were verbally informed by Union Bank Plc that credit status check were being conducted at relevant credit bureaus in respect of its loan transaction with other banks in the country.

The bank later wrote a letter stating that it would be unable to grant the loan due to unfavorable credit report which was electronically published by the data bank of Credit Bureau Limited that is the second defendant in this suit to the whole world with the Central Bank of Nigeria’s directive.

However, the claimant stated that contrary to the false, injurious and Malicious credit status reports published by the Stanbic/IBTC bank, through CRC Credit Bureau Limited, to the whole world including Union Bank Plc, there were no time that the StanbicIBTC granted it any credit facility which would be classified as ‘lost’ in respect of which account balance in the sum of N543,030.843 million, with the accrued interest in the sum of N213, 537, 753 million, or any other sum at all were outstanding against it.

Naira still sluggish against Dollar as NSE indices up