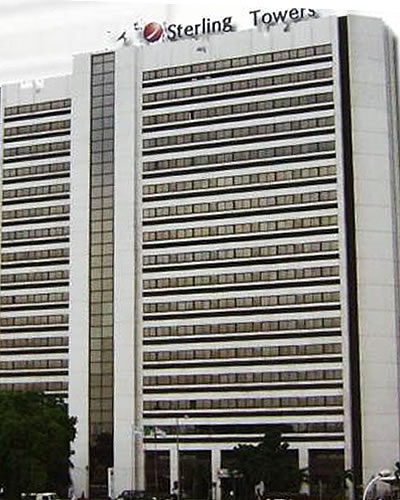 By Chioma Obinagwam
Sterling Bank Plc, Your One-Customer Bank, has donated 600 customized reflective uniforms to the Ondo State Waste Management Authority (OSWMA) for distribution among highway sweepers and workers working with the agency.
In addition to the reflective uniforms, Sterling Bank also donated kits, brooms, spades, boots and rakes to the waste management authority in fulfillment of its Corporate Social Responsibility (CSR) to the society.
Speaking after the presentation of the items to the state government yesterday in Akure, the Ondo State capital, Regional Business Executive, Commercial and Institutional Banking Southwest 11, Mr. Ademola Olanrewaju Adeyemi explained that the bank is always willing to partner with organisations that are committed to keeping the environment clean.
Adeyemi said Sterling Bank is keenly aware that the burden of keeping the environment clean cannot be left to the state government alone to shoulder hence the intervention by the bank. He added that such assistance is not limited to Ondo State as other states of the federation have also benefitted from the initiative.
His words: “this donation is one of the ways through which Sterling Bank is contributing to the welfare of the community everywhere it operates. As I said earlier if the environment is bad and there is sickness everywhere we cannot live well. It is our hope that this donation will make the environment healthier and better for everybody in Ondo State.”
He noted that by wearing the reflective uniforms, fatalities among highway sweepers and workers will be eliminated as motorists would be able to see them from long distances and avoid hitting them while working along the road in the early part of the day.
ALSO SEE: Court dismisses suit seeking revocation of MTN’s licence
Adeyemi remarked that Sterling Bank has also instituted an environmental sustainability campaign known as Sterling Environmental Makeover (STEM) to encourage the cleaning of the environment across the country.
In his remarks, Ondo State Governor Rotimi Akeredolu commended the effort of the bank in partnering with the state government to keep the environment clean.
The governor who was represented by his Deputy, Agboola Ajayi, said preventive healthcare is an important dimension of health that needs significant attention and investment from all sectors of the society.
His words: “it is on this note that we are here today for the official presentation of 600 customized, reflective overall uniforms, donated by Sterling Bank PLC to the highway sweepers and workers of the Ondo State Waste Management Authority. The uniform is environment-friendly because of its reflective make, which serves as a protective device for the highway sweepers, considering the nature of their jobs and for ease of identification.”
The governor called on other private sector organizations operating in the state to emulate Sterling Bank.
The Ondo State Commissioner for Environment, Mr. Folorunso Esan, expressed gratitude to Sterling Bank for coming to the aid of the waste management agency, saying the equipment donated would help the state government in the implementation of its policy on the environment.
Esan appealed to other corporate bodies to help the government in its efforts to keep the environment clean as government alone cannot bear the cost of keeping the environment clean.