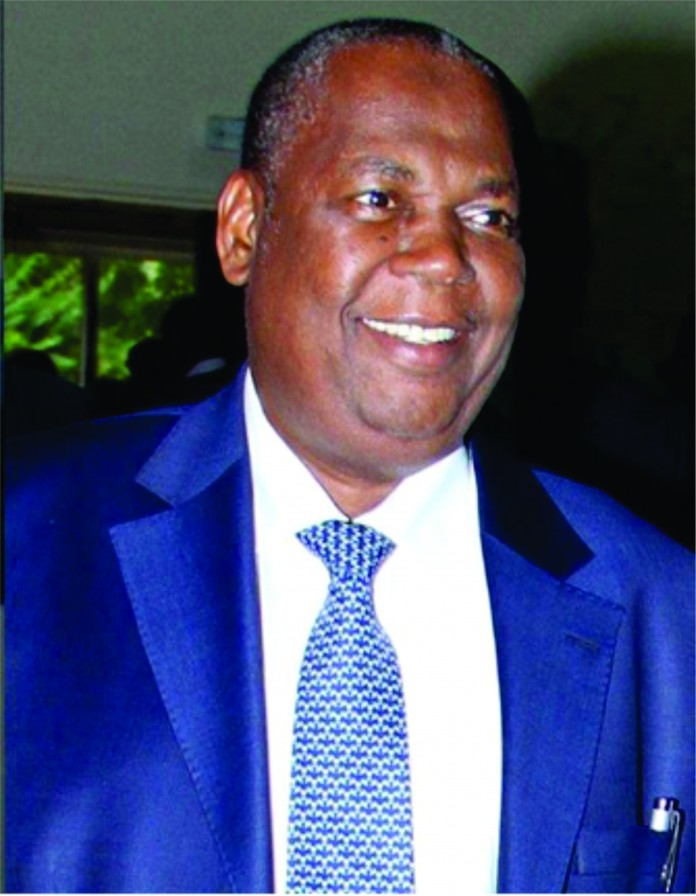 Unsparing annual reports. Collaboration. And risk-based supervision. The NDIC sweeps the board as the foremost agency of the Establishment – though it’s not competing.

THE Banker, in its 2015 rating of the world’s 1000 banks, lamented Nigeria’s misfortune the oil slump making business lousy for the nation’s banking industry. Not to worry. At least nine Nigerian banks, down from 13 two years before then, made the magazine’s world’s 1000 cut last year. With over N28 trillion in total asset now. Nigeria’s banking industry is no slouch at keeping money—even in crisis.

So Nigerian depositors, about 29 million of them, can at least go to sleep with both eyes closed. The Ernst and Young, a research firm, revealed consumer confidence level in the Nigerian banking industry was the highest around the world in 2014.

Thank the Nigeria Deposit Insurance Corporation for all that. And give its Managing Director Umaru Ibrahim a thumbs-up.

The regulator has tided the banking sector over three waves of financial crisis in the last 26 years of its activities: from the 90s through 2005 and the post-global meltdown in 2010. It’s been able to secure depositors’ hard earned monies through all the trying times using world best practices: compliance (risk-based supervision) and international collaboration. And in cases where some banks had to go under, the corporation used the Bridge Banks Mechanism and Purchase and Acquire option to manage a soft-landing. And the result? Stronger banks – and three new ones–took took over the assets and liabilities of those ready to die. So the NDIC, along with the CBN and other, was able to guarantee N809 billion in deposit liabilities, and saved 6667 jobs.

Not many bank insurers have been that dexterous in recent times. The International Association of Deposit Insurers noted this two years ago when the NDIC, leaving 77 other corporations standing, bagged the association’s best insurer corporation on the planet. And in Africa, too.

But the two principles that power on a deposit insurance system can actually fetch more than a gilded plaque of recognition. For instance, they can also help shore up depositors’ insurance fund (DIF). This is a fund the NDIC makes the banks pool up from which a depositor can get a maximum of N500,000 when their bank keels over. The corporation has ramped up its DIF over the years. Last July, it stated in its annual report the DIF rose from N508.06 billion in 2013 to N614.16 billion in 2014 – for deposit money banks.

For the Special Insured Institutions, including microfinance banks and mortgage banks, the fund, according to the report, increased by 23.39 per cent: from N57.71 billion to N71.21 billion between 2013 in 2014.

The online payment financial sector will soon be covered. “This was part of a designed project aimed at meeting the expectation of emerging challenges in Nigerian payment system as well as promoting financial inclusion,” said Umaru Ibrahim, NDIC’s managing director. The Nigerian corporation even set the ball rolling for Africa in the last African Mobile Phone Financial Service Policy Initiative (AMPI) roundtable in Kenya.

Analysts observe the corporation’s painstaking efforts in tending the engine room of Nigeria’s economy is good for President Muhammadu Buhari. Some even commend the baldness of its annual reports, for instance, which they believe can give the president a clear picture of the sector, and help him shape his policies for a non-oil based economy his administration seeks to establish.

They are right. The IADI was lavish in its commendation of the NDIC activities when it got the insurer body’s award in 2014. The Financial Reporting Council of Nigeria has also noted how the corporation has distinguished itself among about 600 government agencies in Nigeria. Likewise the Institute of Chartered Accountants of Nigeria, which has also said some nice things about the corporation, especially its MD Ibrahim. “His managerial ability has inspired depositors’ confidence in the nation’s banking system,” said Shehu Usman Aladire, chairman, Abuja District of ICAN, during an award presentation in 2013.

To be sure, the NDIC, though a free-standing body by a legislative act, isn’t competing. “We have never been and we will never be in competition with the central bank,” Ibrahim said last year. “We are to collaborate with it because we have a shared mandate of depositors’ protection and resolution of distress in the banking system.”

Maybe those commending Ibrahim and the corporation are only admitting the obvious, It’s no waltz guaranteeing depositors’ funds sitting in the vaults of 24 deposit money banks, 880 microfinance banks, 77 mortgage banks, and 24 online financial institutions.

But praise-singing can induce some smugness. Or self-conceit. It can turn a responsible regulator to a know-it-all – which is dangerous in a sector as volatile as banking. Yet it’s hard to fault the NDIC on that. Collaboration matters to its team. And you feel it in the raft of MoUs the regulator has signed across the border – with Poland’s Bank Guarantee Fund (BFG) in 2014; and the World Bank.

With the BFG, the NDIC got cooperation for Cross Border Supervision; Cross Border Resolution Colleges; Early Warning Models and Macro Prudential Policy. Plus others. The World Bank assisted in providing technical assistance for development of Target Fund Ratio Framework. The TFRF is about gauging the adequacy ratio of the deposit insurance fund.

And much has been put into jacking up the lot available to depositors when the chips are down. Since 2010, the maximum compensation for the insured has moved from N50,000 to N500,000 – under Ibrahim. He and his team still have a five-year term to go – to help bank depositors transfer or share their risk. It’s a task, surely. And it’s right up their street at the NDIC.