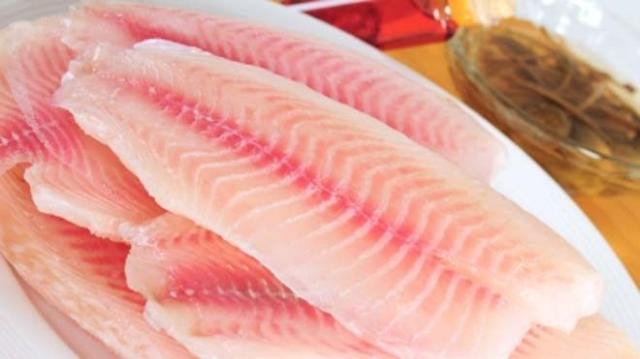 There’s something fishy happening in the world of seafood, and we’re not quite sure how to handle it. While health concerns with foods as seemingly simple as a can of tuna fish have been raised by some, others are doing their best to remedy this and bring purity back to the seafood industry.
Whether it’s tuna fish, salmon, or tilapia, though, it’s important that the entire food industry takes a step back and reassess the way fish are raised, processed, and served.

The sushi industry, in particular, has had some mislabeling issues over the past few years. According to a study by Oceana, in 2012, roughly 58 percent of New York City sushi restaurants were selling fish that wasn’t labeled properly, with the worst culprits being rolls and platters advertising the inclusion of red snapper. There were up to 13 different types of fish labelled as red snapper that were, in fact, entirely different species. Additionally, about 94 percent of white tuna sold in the same year wasn’t white tuna at all. This “white tuna” was actually escolar, a type of snake mackerel with purgative effects.

There are efforts being made to fix this problem, though, and plans are being put in motion to install more classically trained sushi chefs in designated Japanese-grade sushi restaurants here in America and elsewhere around the world. The problems with sushi are but one issue affecting seafood consumption in this country. In addition to mislabeling, sketchy sourcing and the potential negative effects some fish can have on the body (no one wants to eat fish that has anything even close to purgative effects) all stand in stark opposition to the current American desires for transparent labeling, local sourcing, and food purity.

Dr. Michael S. Fenster, MD, FACC, FSCA&I, PEMBA, a faculty member at The University of Montana College of Health Professions and Biomedical Sciences, has strong convictions when it comes to the consumption of seafood, sushi and otherwise. Specifically, he has a few fish bones to pick with one of the most widely available types of seafood in America today: tilapia.

Whatcha Gonna Do When the Fish Cops Come for You?

“Health experts are continually berating us to eat more fish,” Fenster said. “The health benefits observed in cultures in which fish and seafood play a prominent role are hard to deny. The fact that there is quite literally an ocean of tastes and textures to suit any palate would seem to render the logic of any argument, or any resistance, futile. But to simply bludgeon us over the head like a harp seal with the mandate to consume more fish without any regard to the type, character, and quality of our choosing is not only a dereliction of dietary duty, but downright dangerous.

While I am an avid consumer of things marine, piscine, and occasionally culinarily obscene (some friends still gross out when I gobble down the whole plate of uni sashimi), I have limits and lines that shan’t be crossed. It is my red-algae line in the sand from where I throw that stuff back into the water.”
With that in mind, here are Fenster’s reasons for not eating tilapia, as well as some insight from two other doctors regarding fish in general and why they won’t eat it.

“If you crowd your fish into ponds [that contain] oozing heavy metals, pesticides, and other toxins from industrial effluent, it is not hard to imagine that a few of the fish might become a tad susceptible to infection,” Fenster said. “A recent study sampled imported seafood and found imported tilapia treated with oxytetracycline, and a farmed salmon marketed as antibiotic free was actually found to contain traces of virginiamycin [both are antibiotics]. Other studies have found tilapia from China treated with malachite green [a dyestuff and antimicrobial] and nitrofurans [another antibiotic]. While the levels found were below the regulatory limits, studies have shown that such usage can promote the development of bacterial antibiotic resistance. Humanely and naturally raised products taste better and are, quite simply, better for you.”

2. DDT and Other Contaminants

“Some tilapia imported from China has shown significant concentrations of the pesticide DDT and polyaromatic hydrocarbons (PAHs), which can be associated with industrial pollution,” according to Fenster. “Over 85 percent of all US seafood is imported, but the FDA checks just 2 percent for contaminants which include drug residues, microbes, and heavy metals. This is in contradistinction to Europe (20 to 50 percent), Japan (18 percent), and Canada (15 percent). And when the FDA does examine for drugs, for example, they currently search for only 13 drugs. Europe currently tests for 34 drugs. The result was that in 2009, 0.1 percent of all imported seafood was inspected for drug residues.”

3. Fishy Factors That are Often Out of Reach

In order to remain safe while consuming any seafood, Fenster believes that you need to know exactly what it is you’re buying, where it came from, how it was raised (if it’s not wild), and how it was processed.

“If the toxic environment, overcrowding, steroids, and drugs weren’t enough,” Fenster said, consider the fact that tilapia “can’t even get a real meal. Because tilapia naturally consume algae, aquatic plants, aquatic insects, and the like, they are readily adaptable to an inexpensive diet. This diet is usually predominantly made from genetically modified corn and soy.”

“Shakespeare observed that ‘a rose by any other name would smell as sweet.’ Which is, of course, completely true,” Fenster said. “It would, however, be a lot less popular at the florist if that other name happened to be ‘rotting carcass stink blossom.’ Tilapia, besides sounding like some horrible infectious tropical disease, essentially just means fish. It is the Latinized form of the Tswana word tlhapi meaning ‘fish.’ I wouldn’t walk into a restaurant and order something simply labeled ‘cow’ from the menu, and I have no intention of doing the same for ‘fish’ no matter what kind of fancy foreign fiction they spin about it.”
Don’t order “cow.” Instead, get a prime cut of beef from one of America’s 50 Best Steakhouses.

6. Lack of Omega-3s in Farmed Tilapia

“Many experts believe the beneficial, healthful effect associated with the consumption of fish and seafood has to do with the consumption of the omega-3 polyunsaturated fatty acids (PUFAs) that are found in many varieties of such comestibles,” Fenster said. “However, because the diet of many tilapia farmed in other countries is not their natural diet, they tend to be significantly lower in terms of omega-3 concentration than their wild relatives [and] tilapia is not a fish naturally high in omega-3 PUFAs to start. Because anti-inflammatory omega-3 PUFAs exist in a natural dynamic balance with the more inflammatory omega-6 PUFAs, when you have less of one you will have more of another. Higher levels of pro-inflammatory compounds like arachidonic acid and a higher omega-6 to omega-3 ratio make tilapia a less attractive choice for those looking to boost their intake of beneficial, anti-inflammatory omega-3 PUFAs.”

When Fenster refers to muddy waters, he’s not referring to the blues legend McKinley Morganfield. “If tilapia were the piscine equivalent of the Hoochie Coochie Man, I would be having it for breakfast, lunch, and dinner. Unfortunately, it turns out that tilapia is one of several commercially farmed aquaculture species susceptible to unpalatable effects caused by the accumulation of geosmin and 2-methylisoborneol. These accumulate in the presence of blooms of certain cyanobacteria that are often present in the water when quality standards are lax. It transforms what looks like a delicious, light, delicately tender, and flaky fish fillet into a mouthful of swamp thing.”