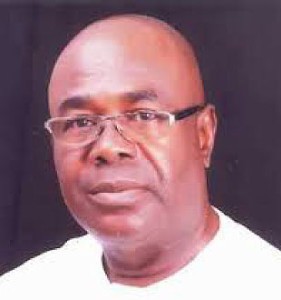 The Chairman of National Population Commission, Chief Eze Duruiheoma, SAN has said that the commission would recruit 550,000 ad-hoc staff in the forthcoming 2017 census, who would serve as enumerators, supervisors and coordinators.

Duruiheoma, who assured that the exercise would be accurate and reliable further said that the Enumeration Area Demarcation (the division of the country into small area units by a pair of enumerators) is currently on with new ideas.

He disclosed this in Owerri, during a 3-day retreat themed, “Repositioning for Effectiveness in Managing Nigeria’s Population for Sustainable Development” organised by the commission.

Duruiheoma – a former PDP chairman in Imo, however, said that the commission was using high resolution satellite imagery to eliminate coverage errors of omission and overlap.

He said, “The first phase of the EADs currently taking place in 7 Local Government Areas in the 6 geopolitical zones and Federal Capital Territory from November 26 to December 16, 2015. The second phase of the exercise which will demarcate one LGA in the renaming 29 states will commence on January 10, 2016 and will last for three weeks”.

“The 2017 census right is a task that must be done and the commission is leaving no stone unturned to ensure that everything about the census is done rightly and professionally”.

Besides, Duruiheoma added that the commission had taken time to identify, deliberate and resolve on issues that stalled previous censuses in the country.

The NPC boss, “The present commission has resolved to avoid pitfalls through the conduct of biometric based census in which the facial impression and finger prints of respondents will be captured”.