The two leading aspirants for the Lagos state governorship race, Babajide Sanwo-Olu of the All Progressives Congress (APC) and Jimi Agbaje of the of the Peoples’ Democratic Party (PDP) have taken their campaigns to twitter.

It started with Agbaje of the PDP who in a series of tweets on Wednesday tried to raise ethnic issue to win votes of Igbos in the state.

Jimi Agbaje’s tweet reads: On Lagos and the Igbos: The narrative that Lagos dislikes the Igbos is extremely false. Oh yes, Lagos does not dislike the Igbos, your political establishment does. The royal utterance of 2015 is still fresh on the mind of the entire electorate.

It would be recall that the Oba of Lagos, Rilwan Akinolu said , ‘Jimi is my blood relation, and I told him he can never be Governor in Lagos now and if you [the crowd] do what I want then Lagos will continue to be prosperous for you, if you go against this you will be banished to the water! Finished!”

Reacting on his handle, Sanwo-Olu in a tweet, called out his main opposition, Jimi Agbaje of the Peoples’ Democratic Party (PDP) not to instigate ethnic tensions between the Yorubas and Igbos in Lagos.

He said the governorship election would be about who has the best credentials to lead Lagos and not about insults and lies.

Sanwo-Olu tweet reads: This election will be about who has the best credentials to lead Lagos at this time of our development. It won’t be about who can dish out the most insults or tell the most lies. It will also not be about who can instigate ethnic tensions between the Yorubas and the Igbos. 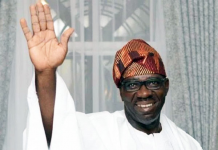 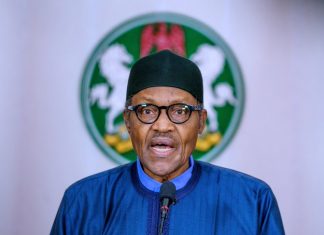 Admin -
President Muhammadu Buhari on Sunday acknowledged the credibility of the governorship election in Edo State won by incumbent Governor Godwin Obaseki of the Peoples...