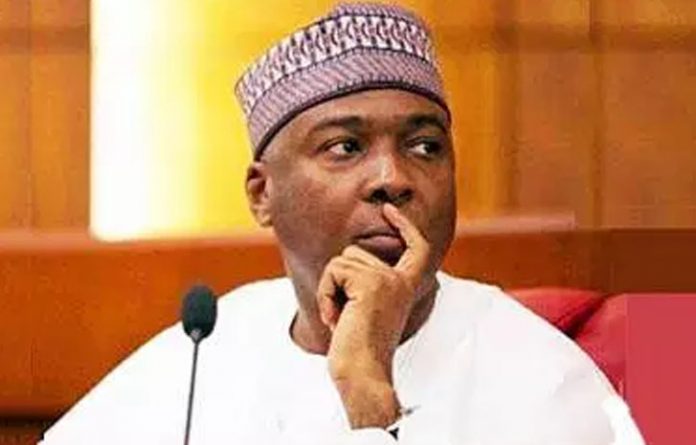 Senate President Bukola Saraki has said that his presidential aspiration is driven by an obsession for justice, fairness and respect for the rule of law.

“I want to be President so that I can ensure justice and fairness for everyone; I want a country where the rule of law will be respected by all,” Mr Saraki said on Monday in Makurdi, where he met with Benue State Working Committee of the PDP.

Mr Saraki’s visit was to solicit support for his presidential aspiration ahead of the 2019 general elections.

“We need leaders who are capable of representing all interest groups, and not a section of the country.

“My presidential ambition is a collective decision borne out of a desire to salvage the disunity that we are witnessing,” he said.

Mr Saraki said it was the turn of the North-Central geopolitical zone to produce the nation’s president, declaring that he was ready to provide quality leadership.

“As a zone, we have paid our dues. It is the turn of our zone to lead Nigeria to stability.

“We have gone through bad times. The nation has become crises-ridden; the killings are uncalled for and the Benue valley is the worst hit.

“There should be justice to every citizen, regardless of geographical location.

“Democracy entails freedom or rights of the people. Our rights should not be imprisoned,” he said.

Mr Saraki vowed to restore peace in the country if elected as president, and called on Benue delegates to vote for him during the party’s convention in October.

In a brief remark, Dino Melaye, a senator, appealed to the people of Benue to vote and guard their votes during elections, saying that they must promote and protect their rights to decide who led them.

In his remarks, John Mgbede, PDP chairman in the state, thanked Saraki and his entourage for the visit and promised that Benue would always vote for justice