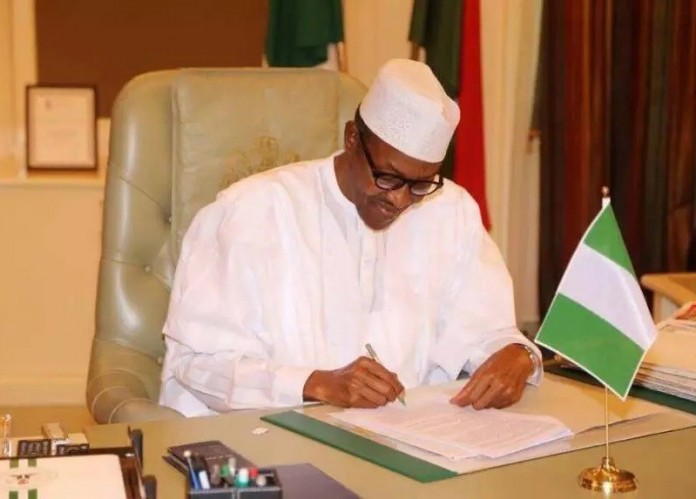 President Muhammadu Buhari is to consult governors and All Progressives Congress (APC) leaders in making appointments, it was learnt yesterday.

In line with his new policy, the President yesterday mandated Vice President Yemi Osinbajo to meet with critical stakeholders on the appointment of  members into boards of government agencies.

But members of the President’s kitchen cabinet, otherwise called “The Cabal”, are said to be demanding 40 per cent of the slots in the  boards.

Although the members claim the President wants the 40 per cent of the slots, the governors said Buhari told them that he will not interfere in the process.

According to a source, who was at the meeting, the President told the governors that he was shocked by the protests which the nomination of ambassadors generated.

The governors protested to Buhari that they were neither consulted by the selection committee, nor the nominees known to them.

The source claimed that those given the assignment by the President to shop for competent hands only put their stooges.

To avoid “a repeat of padding of appointees”, according to the source, the President assured the governors and party leaders that he would henceforth ensure wider consultations with governors, National Assembly and party leaders on appointments.

The source added: “The President has dumped the cabal making discreet and embarrassing appointments.

Now, it is going to be consultations before appointments.

“As a matter of fact, the President felt betrayed on appointments by some of his aides and kitchen cabinet advisers.

“Now, Buhari is set to reconcile with everybody, especially the aggrieved governors and leaders of the party, by running an all-inclusive administration and involving these leaders in strategic decision-making process.”

A  governor, who spoke in confidence, said: “We were all disappointed that some members of the Kitchen Cabinet of the President hijacked appointments and abuse the process in a manner that the President has become isolated from APC and its leaders.

“Yet, each time we met with the President, he always expressed disbelief that those given the assignment to look for capable hands did not consult with stakeholders and party leaders.

“In fact, when we had audience with the President on ambassador-designates, he felt bad that most of the governors did not have input into the list. It was more intriguing that some governors did not know those picked from their states.

“The President then assured us that henceforth, all appointments will be made with wider consultations. That was why the Senate President and others were at the Presidential Villa. A reconciliation or healing process has started.”

The governor added: “The session with Osinbajo was on appointment of members of Federal agencies. The President threw it open and everyone contributed.

“This is the template we will now be using for all appointments. And nobody will henceforth tamper with any consensus list.”

Notwithstanding, there was tension yesterday following the demand by some members of the “Kitchen Cabinet” for 40 per cent of the slots for board appointments.

The members were alleged to have dropped the President’s name as requesting for the slot.

A governor said: “We rejected the new twist because President Buhari only told us to be fair and transparent in our selection. We are suspecting that the name dropping must be the handiwork of those elements, who were always padding appointments.

“We will wait for the President to return from Morocco and hear from him on whether he wanted 40 per cent of the slots for boards conceded to him.”

It was learnt that some ministers may quit the cabinet if members of the cabal are allowed to tamper with the list of board members of their ministries.

“It is unbecoming. You will send a list of nominees or experts for appointments but you hear of a different list. This is why some ministers go directly with files to the President to seek approval for some strategic appointments,” a source said, pleading not to be named “for strategic reasons.”

At the end of the meeting, Saraki told reporters:: “I’m sure the VP will issue a statement. But nothing of great alarm. It’s all for good governance, inclusion and collaboration with all arms. The states are here, national assembly executives just came up with ideas on how to make things work even better, that’s all.”