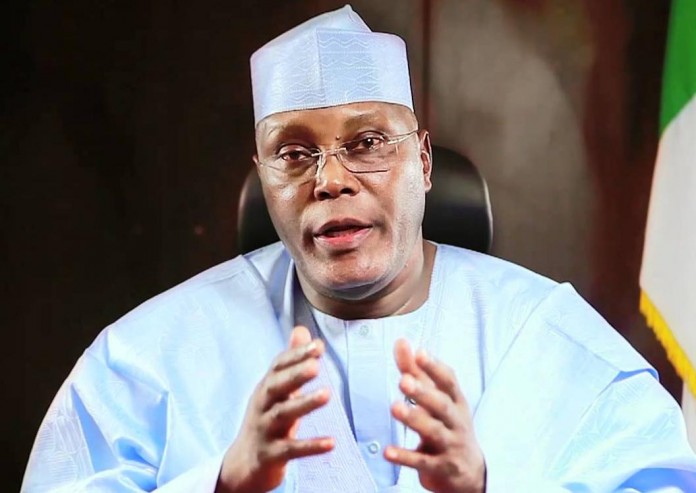 Former Vice President Atiku Abubakar has said that he has not visited the United States since 2007 on personal grounds.

He said his not travelling to the US had nothing to do with either alleged laundering of $40million  or the $100,000 bribe allegation over which a Congressman, William Jefferson, was convicted.

Atiku said the $40million was his legitimate cash which he transferred to the United States.

He said since his wife, Jennifer, was no longer living in the US, he had no reason to go there.

Atiku is said to own a mansion in Potomac which he has not been to in the last nine years.

He cleared the air also on the rumour that former President Olusegun Obasanjo knelt down for him to get the second term ticket of the Peoples Democratic Party (PDP) in 2003.

Atiku, who opened up on the allegations against him, said he was not corrupt, contrary to some perception created around him.

He bared his mind in an interview with Zero Tolerance, the in-house magazine of the Economic and Financial Crimes Commission(EFCC).

He reacted to a 2010 United States Senate report which accused him of laundering over $40million in suspicious funds into the U.S. between 2000 and 2008 with his wife, Jennifer.

Atiku said: “It(the $40m) was an allegation which wasn’t proved. It was my legitimate money which I transferred to the U.S.; there was nothing about it.

“More so, I was not indicted in that report. They only said suspicious funds but I proved before the Senate committee that they were not suspect.”

On the alleged $100,000 bribe in which he was implicated with  Jefferson, he denied any relationship  with the jailed ex-lawmaker.

The encounter is as follows:
Your friend, the Louisiana Congressman William Jefferson…?
He was not my friend
He was said to be close to you?
Never! He was not close to me.
Okay, what was the relationship between you and William Jefferson?
There was no relationship whatsoever.
Then tell us why he was linked to you?
“The man wrote a letter to my office on a communications project, and for God’s sake, I was not the minister of Communications; so I endorsed the letter to the minister of Communication to address as his purview.

“After that, I travelled to the United States and he came to see me to bring the same copy of the letter. I told him, ‘well, I got a copy of this letter and have forwarded it to the ministry of Communication to get in touch with you’, and he left.

“That was all we discussed. Apparently, I didn’t know he had duped a lady and collected “marked money” from her in my name; unknown to him the FBI was on his trail.

The former VP said he was never under any travel restriction to the U.S.

He said: “There is no travel restriction on me to the United States. After leaving office, I’ve been to the U.S. several times to visit my family, which has eventually relocated.

Asked of the last time he visited  the U.S., and why he doesn’t go, he simply replied: “The reason why I always visited the U.S. was because of my wife. She is no more in the U.S. So, I don’t have compelling reason to visit the U.S. now.”

Atiku dismissed the insinuations that he is  corrupt.

He said: “Well, if Atiku Abubakar was corrupt, he would have been found guilty of corruption by all the panels and probes and cases that were brought before the courts.

“I remember the only corruption indictment against me was a white paper which was cooked up by our own administration overnight, including the very EFCC that I helped found, and other cabinet ministers, which I challenged in court.

“The court rightly dismissed all those indictment as being mere political; and till today nobody has ever indicted me of corruption.”

Atiku debunked insinuations that Obasanjo knelt down for him in 2003.

He added: “It is not true that he knelt for me. Of course, he came to my house and I refused to see him. He started it. How can you go and declare your candidacy and refuse to declare that you will run with your running mate?

“So I had to fight back to remain on the ticket. Eventually he declared that he was running with me and then came to my house and we made up.”

On whether he suggested the “Mandela option”, to succeed Obasanjo, the ex-Vice President said there was nothing like that..
He said: “Absolutely not true. Rather, he accused one of my aides of promoting the ‘Mandela option’.

Atiku spoke of his respect for Obasanjo, irrespective of the disagreement he had with the ex-President in office.

He said: “I still thank God and him for nominating me as his Vice President which gave me the opportunity to experience governance at the highest level.

“But still, I respect him as my former boss. The fact that we disagreed politically is no reason why we should be at loggerheads all our lifetime. In any case, as far as politics is concerned I don’t have any enemy; I could have an opponent. Enmity is too strong a word to use in a relationship that is purely political.”

On whether or not it was morally appropriate of him to have established a university as a  vice president, Atiku said: “You need to have studied the structure of the university.

“ More than 20 years ago, I started with a nursery school, then a primary school before I established the university. The whole institution is a trust and non-profit foundation.

“Till date, I still don’t make any profit, and I have continued to subsidise the education being offered in that place. It is a complete educational community from kindergarten to the university based on the American system in one place which doesn’t belong to me or the family.” 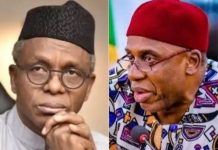