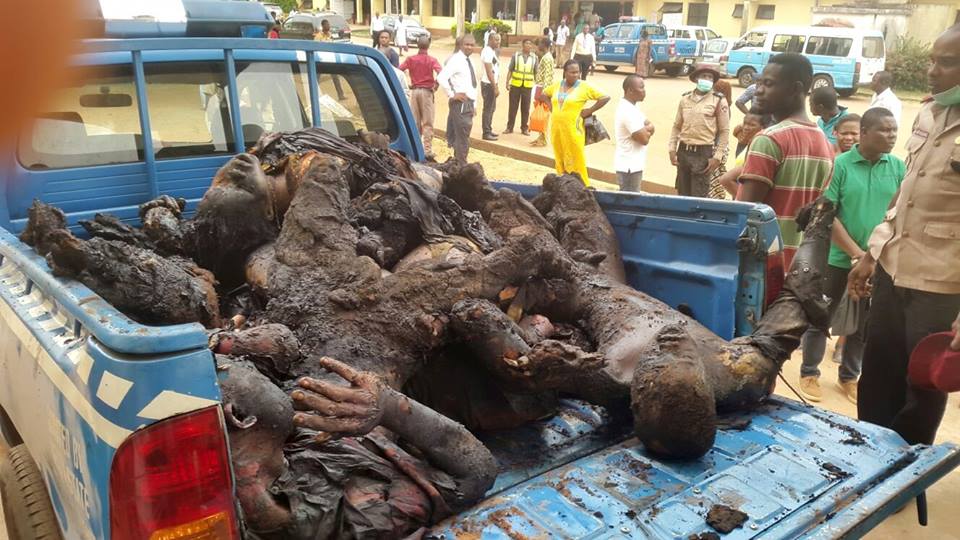 Tragedy struck in Delta state on Friday when a trailer loaded with cement rammed into an 18-Seater Bus, a dustbin collector and a cab along Benin-Asaba Expressway by the NNPC Mega filling station in to the Asaba killing all the occupants.

It was gathered that the impact of the truck on the bus triggered fire which spread to both sides of the highway consuming occupants of the bus and other persons close by.

A witness said the accident occurred as a result of the vehicles driving against the  traffic to escape the gridlock that had built up on the side of the filling station orchestrated by the lingering fuel scarcity.

Men of the Airport Fire Service were said to have promptly responded in fighting the fire but the fire had already spread too fast beyond their containment.

Officials of the Federal Road Safety Commission (FRSC) were said to have had a busy moments evacuating the charred remains of the dead who were moved to the Federal Medical Centre in Asaba.

As a result of the lingering scarcity, fuel now sells in the Black market for between N200 to N250 per litre in Delta state.