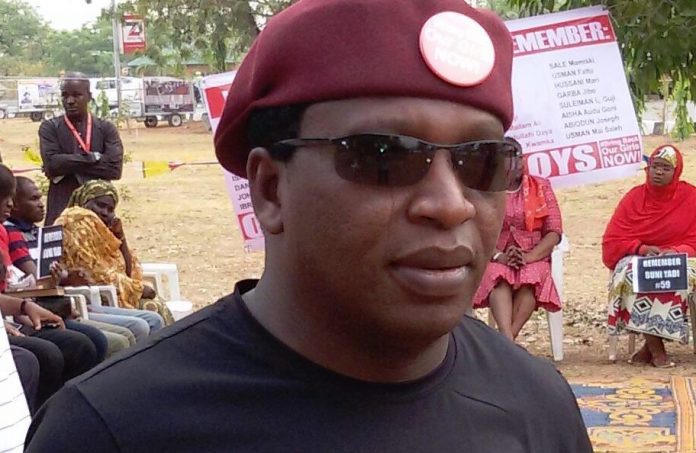 A Nigerian activist Ibrahim Wala has landed himself in trouble following his conviction by the High Court of the FCT during the week.

Wala was found guilty of unlawful assembly, criminal defamation, and public incitement. He was then sentenced to seven years in jail by Justice Yusuf Halilu

The activist and founder of Citizens Action To Take Back Nigeria (CATBAN) an unregistered NGO alleged the head of the Hajj Commission Abdullah Mukhtar stole N3bn, and Wala then used his Facebook post to spread the allegation and incite people who ultimately prticipated in a protest rally in Abuja.

For the defamation, the court sentenced him to two years, for the unlawful assembly, Wala got seven years, and for incitement, the court gave the activist three years.

The judge said Mr Wala wrote on his Facebook page that he has documents to prove the N3bn allegation yet the activist failed to provide the document to prove his claims in court.

“Where is the document proving N3 billion made by chairman hajj commission?

“Why has the accused person failed to tender such document now that he has been dragged before a court of law?” the judge said.

He said by his inability to provide relevant documents to prove his ‘huge allegations’, Mr Wala “has made the case of the prosecution less cumbersome”.

The judge also said all the sentences would be served concurrently—that is seven years in jail except the judgement is set aside by the appeal court.