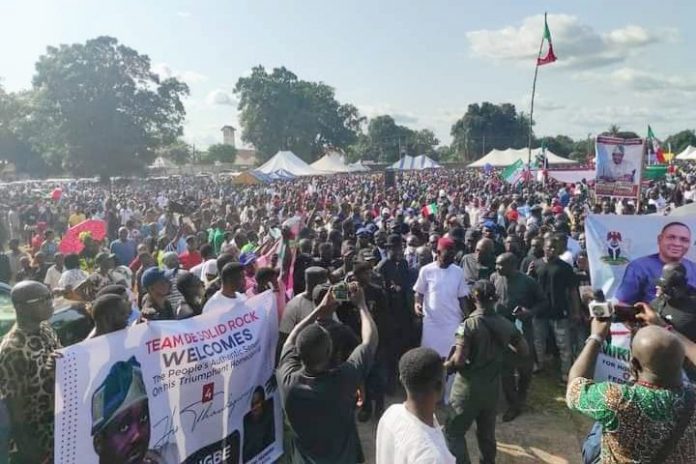 No fewer than 5000 APC members who cross carpeted from the opposition have defected again to the PDP.

The were received during a event organized for Sen. Jarigbe Agom whom court just declared winners of the Cross River north seat.

The defection and court victory however spell a doom for Gov. Ben Ayade’s ambition to retire to Senate in 2023.

PDP Chairman, Venatius Ikem, said the return of the former members and entry of new ones will boost the party’s chances ahead of future elections.

The returnees and the new members were from Ogoja Yala, Obanliku, Obudu and Bekwara.

“I say with confidence that Cross River North has never produced a Senator as popular as Jarigbe Agom,” he said.

In July, the Court of Appeal in Calabar declared him the winner of the December 5, 2020, Senatorial bye-election.

Before now, Odey was jostling for the post to hold it till 2023 for Ayade who will contest the Cross River North senatorial seat.