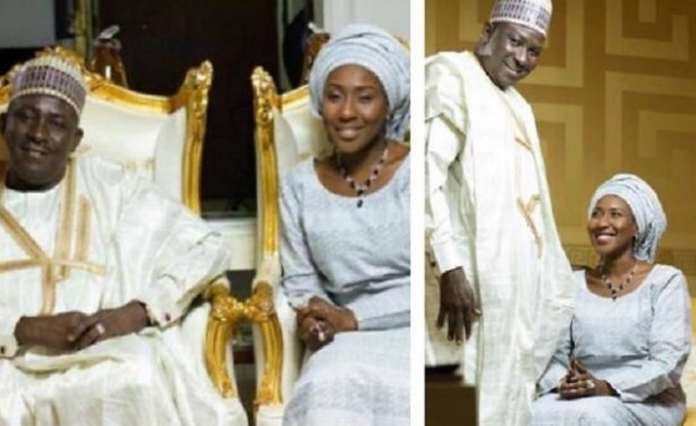 President Muhammadu Buhari has denied his daughter is a wife of the Federal Mortgage Bank ex-boss Gima Yau Kumo whom the ICPC recently declared wanted for fraud totaling $65m.

Kumo, who left the bank in 2014, married Fatima, the President’s daughter, in 2016 at Daura, Katsina State.

However, the media and publicity aide to the president, Garba Shehu, said the fugitive’s relationship with Fatima ended years ago.

“It is, therefore, unfortunate to bring the President’s family into this case. It is, in our view, an attempt to generate views and sell copies of sensational reporting.

“The President’s position at all times is that the law be allowed to take its course. As is well known of him, President Muhammadu Buhari will not provide any cover for crime, no matter who is involved.”

But many are speculating the broken relationship was the reason Aso Rock sacrificed Kumo—and the ICPC could go public with the fraud allegation linked to the first family.