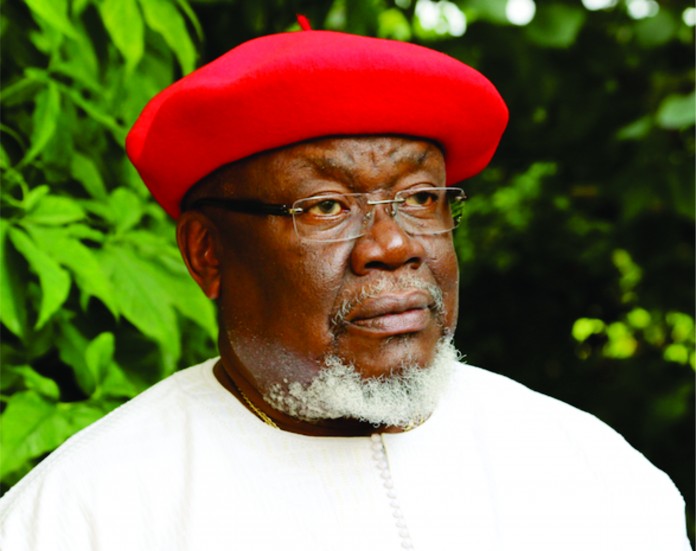 Tom Ikimi, one of former President Goodluck Jonathan’s loyalists, is currently in the hot seat before the EFCC over his complicity in the unfolding $2.1 billion arms purchase scam spearheaded by ex-NSA Sambo Dasuki.

According to Saharareporters, Ikimi has been answering questions at the EFCC office in Abuja, and could have been caged like other suspects but for his health.

The former foreign affairs minister was among the early birds in the APC, especially in the southeast. He later backed off over party leadership skirmishes, and joined the PDP to push Jonathan for a second term.

The arms deal scandal, now known as Dasukigate, has sucked in many Nigerians across many political parties and corporate bodies, including ex-Finance Minister Olu Falae, APC stalwart Jafaar Isa, PDP Publicist Olisa Metuh, media magnate Raymond Dokpesi, and the chairman of newspaper publishers in Nigeria, Nduka Obaigbena, among others.

The grilling, however, continues as Ikimi reports to the anti-graft office daily.