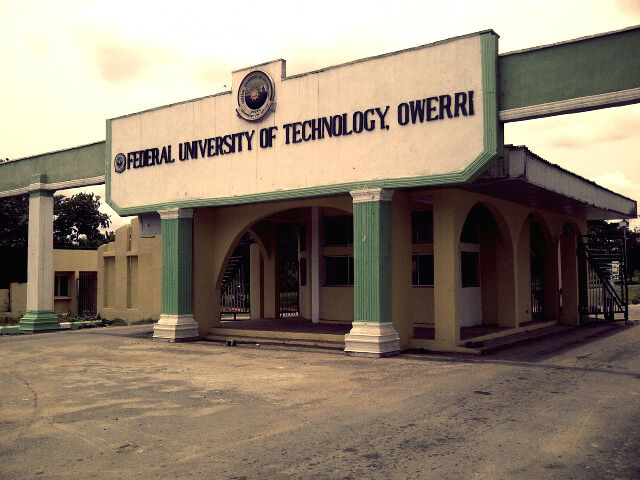 By ANOLU VINCENT
‎
The Federal University of Technology, Owerri, FUTO, has been polarized as the institution shops for a new Vice Chancellor, VC, that will take over from the incumbent, Professor Chigozie C. Asiabaka, in the next
five months.

Strong feelers from the FUTO community revealed that there were serious plans to significantly alter the content of the advertisement already published by the institution.

Confirming the fear during an on the spot check yesterday, a senior FUTO staff alleged that “while the Pro-Chancellor and Chairman of the institution’s Governing Council appears favourably disposed to a
particular contestant, others believe that the VC has his own candidate”.

The same senior staff not only told Newsmen that “an extra-ordinary meeting of the Senate is scheduled to hold soon, in Senate Council Chamber”, but also alleged that the Governing Council would also meet
January 28, 2016, to also deliberate on the same issue.

The staff equally showed Newsmen the copy of a memorandum, REG/SEN/COM.3/XIV, dated January 21, 2016, and signed by the Registrar and Secretary to the Senate, Mr. Orje Ishegh-Nor.

According to the memorandum, the “appointment of Senate Representative in Search Team for the appointment of the seventh substantive Vice Chancellor”, is the major agenda.

As at the last count, about seven professors from Owerri senatorial zone have applied for the post, while a few others from Orlu senatorial zone and Anambra State, have equally sent in their
applications.

Meanwhile, Professor Asiabaka has stoutly denied the allegation that he is grooming one of the contestants to take his place.

Asiabaka, who made the denial when he fielded questions from journalists in Owerri, also said that he never contemplated doing such a thing.

In his words “I am not grooming anybody. Such a thing is not in my agenda. God gives power to whoever he likes. He also takes it when he like. Those who want the office should apply and wait for the outcome
of their application”, Asiabaka

Share this on WhatsApp
Related Topics:Federal University of Technology Owerri
Up Next