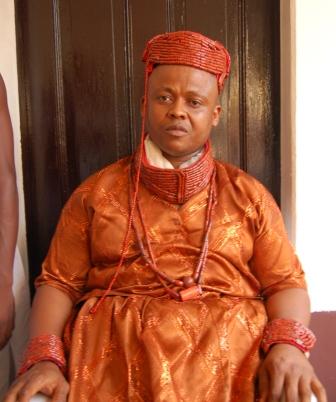 -Messy detail of his death

The Kidnappers of Ubulu-Uku monarch, Akaeze Edward Ofulue III allegedly abandoned N100Million ransom said to have been paid by family members of the Monarch.

While residents of the ancient Ubulu-Uku community who spoke to our correspondent on condition of anonymity said the Kidnappers had two days after the monarch was kidnapped allegedly demanded for a N100 Million, they were said to have threatened to cause abominable act if the money was not paid within 24 hours of their contact.

But this was not to be as sources said the kidnappers were out to do the damage as they merely contacted the relations of the monarch to ward off suspicions.

National Daily investigations reveal that Ubulu-Uku Community currently in despicable and repugnant situation may not recover from its rude shock over the dastardly killing of their monarch in the next few years, even if  the perpetrators of the evil act are uncovered.

It was reliably gathered that the Kidnappers allegedly disguised as Fulani herdsmen after an insider believed to be an indigene of the community had presented them with a script they acted upon to ward off suspicions, especially as Fulani herdsmen are reputed for such nefarious acts.

Obi Ofulue III, a Lawyer and ardent Christian of the Deeper Life Bible Ministry was driving with a young pastor of the Church who also served as one of his aides in a land cruiser jeep along the notorious Obior/Igbodo road when the abductors struck at a disgracefully bad spot about forty kilometers from his own town, Ubulu-Uku, a flash point in recent times where  many persons including two catholic priests were kidnapped.

Mr. Patrick Odum, a native of the community said “The kidnappers abandoned the N100M and went ahead to act on the script they were presented with, I learnt that some days after unknown persons suspected to be Fulani herdsmen called the monarch claiming that they saw his beads and money they were stolen and asked him to come and collect it. This was how the trouble started. The money was abandoned in a sack bag and no kobo was removed. This is the funny aspect in the entire episode”.

But unconfirmed sources said that a young pastor who was with the Monarch during their kidnap, managed to break out from the kidnappers’ grip a day after their abduction, but while the pastor was able to make it to Ubulu-uku, the king could not.

A resident, who did not want his name in the print, said the pastor on his arrival in the community broke the news when the villagers mobilised to rescue the king; unfortunately he had been taken away by
the abductors after his attempt to escape failed due to his exhaustion. A visit to the community by correspondent reveals uneasy calm as the  palace chiefs and some highly placed community leaders were in closed
door meetings, while efforts to sought comment from one of the chiefs failed, but an indigene privileged to be at the meeting said “we are making frantic efforts to invite witch doctors to uncover those behind
the killing of our monarch, we have resolved to fish out his killers, we are aware that an insider prepared a script the kidnappers acted upon hence they abandoned the N100M they demanded”. In a swift
reaction, the Police Commissioner in the State, Mr. Aikali Baba Usman said “We are working hard to fish out the killers of the Monarch and we would not relent until the killers are brought to book, our
intelligent men are working round the clock”.

Meanwhile the Aniocha South Council-of-Obis has condemned the killing of the Obi of Ubulu-Uku, Edward Ofulue III by persons suspected to be kidnappers. They urged the security agents to fish out the
perpetrators of the dastardly act and ensure justice is meted out to them according to the law.

The Secretary of Aniocha South Council of Obis, His Majesty, Emmanuel Ofor who stated this in a telephone interview with our Ogwashi-Uku correspondent, described the act as not only shocking, but strange and barbaric, adding that noting would pacify the Obis in the locality under the eventual arrest of the perpetrators and the necessary punishment meted out to them.

The Secretary of the Council-of-Obis revealed that a meeting of all the Obis in Aniocha South has been slated for Monday, after which they would come out with their position on the matter.

“Since the history of our local government area, nothing of such has happened before and it is indeed shocking for we (Obis) that such an act could occur. This is why all security agents need to live u to
expectation and ensure that the perpetrators are brought to book.

“As things stand now, who knows who will be the next victim? It is high time the State Government and even the federal Government began to consider securing the traditional rulers; for from with what has happened ow, it is obvious no Obi is safe, maintained Obi Ofor who is also the Obi of Adonte Community.

Share this on WhatsApp
Related Topics:Akaeze Edward Ofulue IIIKidnapperUbulu-Uku monarch
Up Next