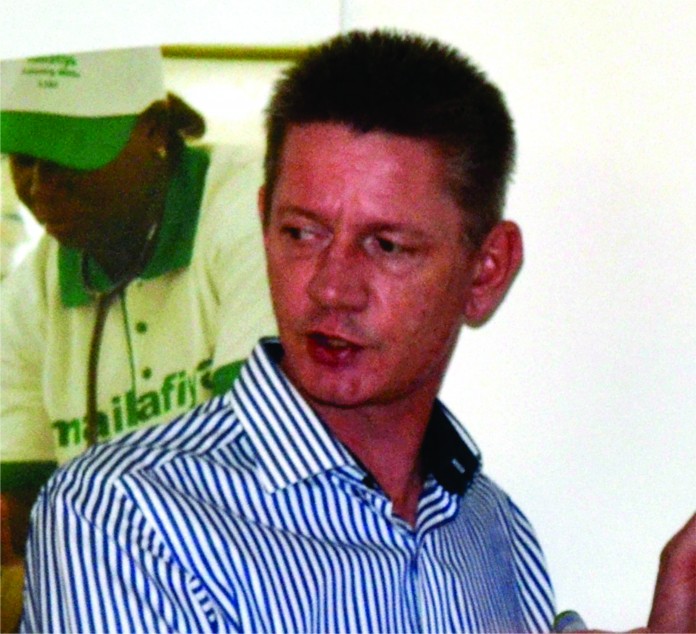 Having led complex governance programs in Nigeria since 2008 under the DFID State Partnership for Accountability, Responsiveness and Capability [SPARC], Mark Walker has garnered local experiences vast enough to expose why governance indicators cause heartbreaks in the country. In this interview with GBENGA OGUNDARE, the National Program Manager of the SPARC initiative Reveals how the UK intervention has helped to reduce social injustice and policy somersault in government.

A female senator just lamented the poor treatment of women issues in the 2016 federal budget. What would be your immediate reaction?
Women’s issues are generally poorly reflected in budgets at state and federal level in Nigeria. This is not restricted to the allocations being made to Ministries of Women’s Affairs, but a more intricate issue involving how women are treated and the lack of specific programming for women across all sectors and Ministries. But the situation is improving -SPARC has supported several initiatives at state level that have improved programming for women and girls through more directed Sector Strategies which are then being better linked to budgets. So, for example, involving civil society women’s groups in government planning and budgeting in Kaduna, which has led to building more toilets for girls in schools in the state. Jigawa State now has a new Gender Policy which it is implementing through sector strategies and budgets. Kano State now has new Service Charters for basic services which give special attention to women. Enugu State has reformed its Budget Call Circular to now require Ministries to respond with a Gender and Social Inclusion focus.

Even before Senator Remi Tinubu’s outburst, women have always been marginalized in Nigeria’s governance process. Why is it difficult mainstreaming this vulnerable population properly?
We have identified four key factors that make mainstreaming programming for women in the governance process difficult. First, it is not always a political priority, and there are still few women in positions of power and authority. Second, there is a tendency to shoehorn specific programmes for women under Ministries of Women’s Affairs rather than undertake mainstreaming to ensure health, education and basic government services are properly programmed to meet women’s needs. Third, there is a lack of capacity within Ministries of Women’s Affairs (and sector Ministries) to take account of gender and inclusion when preparing plans and strategies. Fourth, there is a lack of quality data to guide accurate programming and planning -and often where data does exist, it is not disaggregated by gender.

Again there is also the social and political exclusion faced by persons with disabilities in Nigeria. What would you advocate as a let-off for this group too?
The factors that undermine government’s willingness and ability to take proper account of women’s issues also apply to people with disabilities and other vulnerable groups. SPARC has approached its support to improve laws, plans, strategies and budgets by taking holistic account of Gender and Social Inclusion, promoting inclusivity, conflict reduction and equity. We have seen results for women as discussed earlier, but there have also been specific results for people with disabilities. Lagos now has a new Special Peoples Law which requires accessible public buildings: buildings now have ramps, signs, and designated parking with fines for obstruction. In Jigawa, free education is now provided not just for girls but also for people with disabilities. In Niger there are specific programmes that support vulnerable groups (widows, people with disabilities, and out-of-school girls). Ramps have been put in place in the neonatal hospital. We have also worked with the Nigeria Governors’ Forum to produce gender and social inclusion sensitive planning tools, and materials on equalities-related laws, budgeting and finance.

Going back to the vexed budget issue, it appears government at all levels is not getting its budget planning processes right. Isn’t this part of what SPARC has been propagating?
Yes. SPARC has been propagating realistic and credible budgeting in Nigeria since 2008. Budget credibility is a serious and fundamental problem and there is a general tendency for governments to set budgets which are larger than can be implemented. The result is failure to deliver on commitments. SPARC has been advising and supporting state governments to set realistic forecasts of what funds will be available in future years, and to set plans and budgets accordingly. Although the budget issue continues to be a problem, there are successes. In recent years, partly with SPARC assistance, Enugu, Jigawa and Lagos States have passed and implemented increasingly credible budgets. In the last two years, Niger and Zamfara States have brought their budgets down to more realistic levels. But it is still a significant challenge –and whilst SPARC is a technical assistance programme, many of the drivers of unrealistic budgeting are political rather than technical. This is why SPARC also works with the Nigeria Governors’ Forum, to engender political will for reform.

Some of the states under the SPARC are still stacking up debt, both, internally and externally. So what lessons have they been learning in the public finance management initiative?
The increasingly difficult fiscal situation has actually been leading to a greater demand from state governments to improve financial management. SPARC has been able to respond quickly to this on four fronts. First, through continued support for realistic and credible budgeting which does not depend on internal or external debt; second by supporting efforts to improve Internal Revenue Generation, third by helping reduce the cost of governance by restructuring Ministries, and fourth by specifically addressing debt by undertaking Debt Sustainability Analysis. Kano State has reformed its Board of Internal Revenue, Yobe State has reduced the number of Ministries and the cost of governance, Enugu State is saving money through improved procurement processes, and Niger State is implementing a new Internal Revenue Strategy.

You have been responsible for managing one of DFIDs largest governance reform programmes operating in ten States of Nigeria and the FCT. How have this investment impacted Nigeria so far?
We have taken the investment seriously and are required to do so because we are using UK tax payers’ money provided by DFID. We have undertaken Value for Money Assessments every year. The latest assessment shows that SPARC has generated significant returns on its investment which have impacted Nigeria. Many improved governance reforms are now embedded within state governments, who are increasingly investing themselves in improved management. Whilst the SPARC budget is around £60 million, we have supported state governments to remove over half a billion pounds of unrealisable receipts from budgets and helped governments spend over one trillion additional pounds nearly half a billion of which has been on better health and education services. Improved laws have been passed, government capacity has improved, and some services are improving -there are more children in school and more children are getting vaccinated. There is a long way to go, but the journey has started.

Corruption is still a driver of bad governance here. Doesn’t this frustrate the SPARC initiative?
Yes. Of 168 countries surveyed by Transparency International in its 2015 Corruption Perception Index, Nigeria ranks 32nd from the bottom. SPARC has two approaches to help reduce corruption. First, by closing down the spaces that facilitate corruption by tightening procedures for the management of public finance and the civil service; second, by improving transparency and accountability in planning. SPARC works very closely with another DFID programme called the State Accountability and Voice Initiative, who work with civil society, the media and State Houses of Assembly to strengthen oversight. We have had some successes -more detailed and transparent Budget Classifications and Charts of Accounts have made it less easy for governments to hide receipts and expenditures; more accurate budget sizes are restricting governments’ ability to enter into unaffordable contracts; improved payroll controls are weeding out ghost workers; due process is increasing in procurement; reductions in the number of government bank accounts is restricting moneys being lost, forgotten about or stolen.

Despite the huge investment and partnership, SPARC still does not resonate with the ordinary Nigerian. Was this deliberate?
Yes. SPARC was designed to work with the centre of state governments, supporting them to transform the machinery of governance. We were not designed to have a public face, but to enable the state governments to have more of a public face and greater openness, transparency and accountability. We have achieved this in a number of areas, and it is not SPARC that should resonate with the ordinary Nigerian, but for the Federal, State and Local Governments to resonate with the people they serve.

In some of the countries you have implemented this kind of program [Bangladesh, Botswana, Pakistan, Philippines, South Africa etc] their education and health indicators are far more impressive than what obtains in Nigeria. What exactly are the problems?
All these countries have problems with poverty, marginalisation, and vulnerability. What seems to set Nigeria apart is that despite large historical oil revenues, Nigeria’s human development indicators remain worse than comparable countries. Poverty and underdevelopment are widely attributed to poor governance, and the misuse of resources is one of the biggest impediments to public service delivery in Nigeria. According to the World Wide Governance Indicators, Nigeria is globally rated in the bottom quarter on indicators of government effectiveness and control of corruption. And the 2015 Open Budget Index across Nigerian States described the state of budget transparency around the country as deplorable -in most states the public does not have access to comprehensive and timely information needed to participate meaningfully in the budget process and to hold government to account. So, an absence of transparency and accountability allows government to continue with poor governance practices which undermine basic service delivery, which is why performance against education and health indicators are so poor in many states.

SPARC is rounding up by April. So what next in the partnership?
DFID has always seen supporting improvement to governance in Nigeria as a long term process -much longer than the window within which SPARC has operated (2008 2016). A successor programme has been designed and will take up from where SPARC (and SAVI) end in April. The successor programme will work for a further five years to strengthen, deepen, embed and drill down reforms that SPARC and SAVI have supported to the point that they are being sustainably implemented by state governments. The successor in the partnership will also see greater emphasis on tying core governance reform with solving bottlenecks and problems in service delivery, making a greater link with improving the lives of ordinary Nigerian citizens. The successor programme will also tie in intergovernmental relations so that DFID programme support to federal, state and local government reform is more joined up and mutually leveraging, also taking advantage of the new political dispensation in the country. 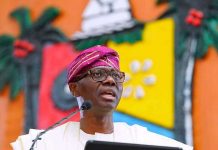