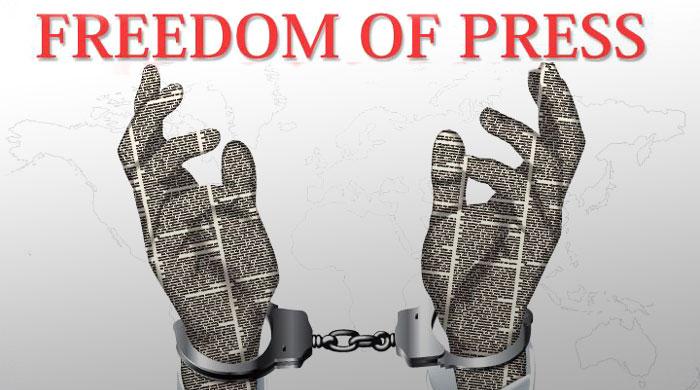 The Freedom of the Press 2017 report came with everything but glad tidings for journalists and journalism around the world–a damning verdict that portends grave danger for a free press and vibrant democracy in global context.

Freedom House, the  international watchdog organization that monitors the status of freedom around the world,  laments April 28 that global press freedom declined to its lowest point in 13 years in 2016 due to unprecedented threats to journalists and media outlets in major democracies, intensified crackdowns by authoritarian states, and moves by Russia and China to increase their influence beyond their borders.

According to its Freedom of the Press 2017 annual report on media freedom around the world, only 13 percent of the world’s population enjoys a Free press—that is, a media environment where coverage of political news is robust, the safety of journalists is guaranteed, state intrusion in media affairs is minimal, and the press is not subject to onerous legal or economic pressures.

Forty-two percent of the world’s population has a Partly Free press.

The report also revealed that forty-five percent live in countries where the media environment is Not Free.

“Political leaders and other partisan forces in many democracies—including the United States, Poland, the Philippines, and South Africa—attacked the credibility of independent media and fact-based journalism, rejecting the traditional watchdog role of the press in free societies,” said Jennifer Dunham, director of research for Freedom of the Press.

“The fierce attacks we have seen on factual reporting pose a danger to freedom of the press around the world,” said Michael J. Abramowitz, president of Freedom House. “When politicians lambaste the media, it encourages their counterparts abroad to do the same. Vitriolic attacks on individual journalists and news outlets in the United States undermine our democracy’s status as a model of press freedom.”

Authoritarian regimes have aggravated the problem by working to influence media in the democratic world.

“Vladimir Putin’s Russia is a trailblazer in globalizing state propaganda,” Dunham said. “Russia has manipulated news and social media content in Eurasia and Eastern Europe. We are now seeing Russian manipulation expand into Western Europe and the United States.”

Some of the steepest declines on the report’s 100-point scale occurred in Poland, Turkey, and Hungary. The deterioration in Hungary and Turkey has continued for several years, but the sharp drop in Poland is a new and alarming development, the report says.

However, there were a few positive developments during the year, as governments in Afghanistan, Argentina, Panama, and Sri Lanka moved to improve media environments that had suffered under their predecessors. But the practical effects of many of these improvements remain to be seen.

Other findings in the report include:

The following countries are among those moving toward important changes in press freedom—for better or worse—in the coming year.

Australia: Authorities’ aggressive leak investigations, including use of a telecommunications law to collect journalists’ metadata without a warrant, could have a chilling effect on the country’s robust media sector.

Cambodia: Prime Minister Hun Sen’s determination to avoid a repeat of 2013 general elections, in which the opposition made significant gains, could translate into a media crackdown ahead of upcoming polls.

Egypt: As the country’s security and economic crises intensify, the government of President Abdel Fattah al-Sisi is attempting to assert more direct control over the private media and suppress criticism.

Kenya: Despite a recent rollback of repressive media laws, journalists still face criminal prosecution under security legislation, and violent attacks against media workers are already increasing in the run-up to August 2017 elections.

Myanmar: The governing National League for Democracy will face pressure to improve its support for press freedom after presiding over stalled legislative reforms, an increase in libel cases, and attempts to curb reporting on corruption and human rights abuses during 2016.

Philippines: President Rodrigo Duterte’s subordinates and supporters could act on his threats of violence against journalists who criticize abuses linked to the government’s war on drugs.

United States:  It remains unclear whether President Trump’s criticism of the media will translate into systematic restrictions on journalists.

Can the President rule from home?