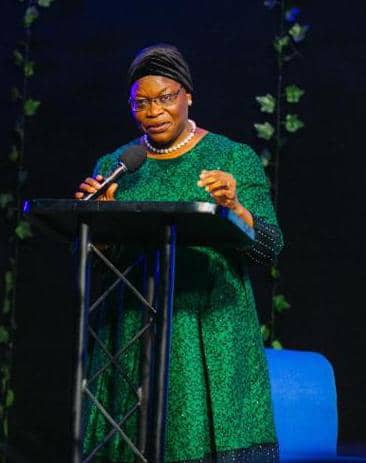 With disruptive technology, Africa has the potential to actualise economic development at a quicker pace than it took China, says Dr Oby Ezekwesili, a former Vice-President for the World Bank’s Africa Region.

Ezekwesili, also a former Nigeria’s Minister of Education, spoke while delivering a keynote address at the maiden edition of the Change and Development Forum organised by the Dare Adeboye Foundation in Lagos.

The News Agency of Nigeria in Lagos reports that the Change and Development Forum was to promote productive dialogue and partnerships among stakeholders within the social impact sector.

The goal of the event was to drive policy and strategic discussions aimed at social development with the focus on young Nigerians.

The event was held at the Redemption Camp to mark the first year memorial of the passing of Pastor Dare Adeboye and to create a development epitaph for the late pastor.

The foundation also unveiled its five-year plan at the event.

Adeboye, 42, son of Pastor E.A. Adeboye, General Overseer of the Redeemed Christian Church of God (RCCG), had died in his sleep on May 4, 2021 in Eket, Akwa Ibom.

Speaking at the event, Ezekwesili eulogised the late Pastor Dare Adeboye and praised him as a silent and unsung driver, promoter and pillar of sustainable development and nation building.

She also shared their mutual fondness for young people and Nigeria and urged the leadership of the foundation to sustain and institutionalise the late Dare’s passion.

“It is Africa’s moment. If Africa gets it, it will take Africa shorter time-span than it took China to reach technology development.

“The Africa which missed the Agricultural Revolution, the bus of the Industrial Revolution and a bit of the Knowledge Revolution, but caught on with the ICT revolution with about a billion Africans having access to mobile phones, this is a structural revolution that can jump-start a continent,” she said.

Ezekwesili described the penetration of mobile phones and digital devices in Africa as Africa’s first revolution with the mobile phone as a powerful asset for the average African.

In her address at the event, the First Lady of Ogun State, Mrs Bamidele Abiodun, called for concerted efforts to drive sustainable development, in order to support and complement government’s agenda.

Also speaking at the event, Pastor Idowu Iluyomade, highlighted the reach and impact of the interventions of the RCCG in alleviating hunger, poverty and in the health sector.

Iluyomade is the Chairman of His Love Foundation as well as the Special Assistant to the General Overseer of RCCG on Christian Social Responsibility (CSR).

He lauded the event for its panel discussion where key industry leaders harped on the need to leverage collaboration and knowledge sharing to drive more impact toward the actualisation of sustainable development.

The Dare Adeboye Foundation was instituted June 9, 2021, to sustain and entrench the legacies of Pastor Dare, a Senior Youth Pastor in RCCG.

In the next five years, the foundation intends to equip and empower 1000 young leaders in public, private and social sectors.