The World Health Organisation (WHO) has said Africa annually loses over $2.4 trillion to diseases afflicting its 47 countries on the continent.

WHO said out of the losses, five countries namely: Nigeria, the Democratic Republic of the Congo, Ethiopia, South Africa and Tanzania account for almost 50 percent of the total amount lost to diseases.

The organisation Regional Director for Africa, Dr. Matshidiso Moeti, while speaking during the launch of an investment case to achieve Sustainable Development Goals (SDGs) and Universal Health Coverage in Africa at the second WHO Africa Health Forum in Praia, Cape Verde, noted that in most countries of Africa, non-communicable diseases have overtaken infectious diseases as the largest drain on productivity, accounting for 37 per cent of the disease burden.

According to her, other culprits for lost healthy years are communicable and parasitic diseases, maternal, neonatal and nutrition-related conditions and injuries, adding that these are however avoidable.

She regretted that larger African countries which need to devote greater part of their Gross Domestic Product (GDP) and annual budgets to health are lagging behind while smaller countries are seen making greater impact. She said against this backdrop, there is need for private public partnership (PPP) in the area of health to provide quality health care services across the continent.

Moeti said: “The unpredictability of public revenues combined with mounting debt pressure is limiting the potential fiscal space that can be made available for health. Private financing sources have filled the gap, but either with out-of-pocket expenses that result in financial hardship or insufficient voluntary private health insurance that is not effective in extending service coverage to those that need it.”

Speaking further, she said around 47 percent or $ 796 billion of this loss in productivity value could be avoided in 2030 if the Sustainable Development Goals related to these health conditions are achieved.

“Four years into the implementation of countries’ efforts towards achieving Universal Health Coverage, current average expenditure on health in the region falls short of this expectation.

“As a target of Sustainable Development Goal, three universal health coverages would require countries in the WHO African region to spend on average at least $ 271 per capita per year on health, or 7.5 percent of the region gross domestic product,” Moeti said.

Health Economist and WHO Regional Officer for Africa, Grace Kabaniha, speaking on the latest study by the WHO titled: ‘A Heavy Burden, the indirect Cost of illness in Africa’, noted that the report illustrated how achievement of the critical health sector under the SDG targets, including universal health coverage, would contribute to poverty eradication efforts on a large scale, reduce disparities in lifespan, tackle social exclusion and promote political stability and economic development in the WHO African region.” 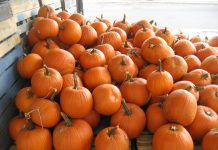 Pumpkin increases fertility in men among many other benefits 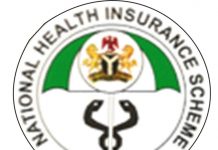 New NHIS chief to workers: work hard or get out 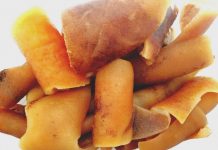