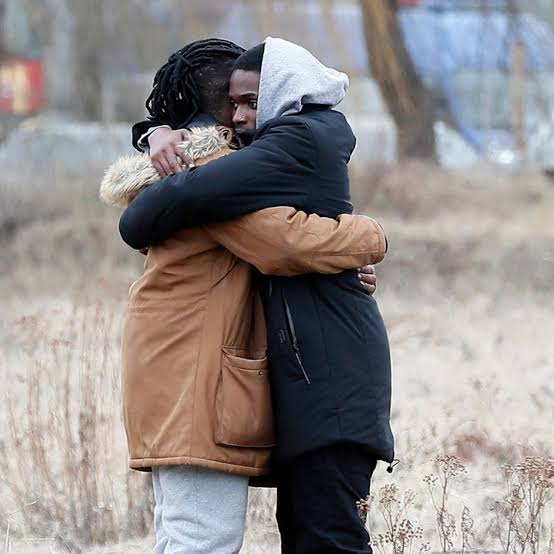 Africans fleeing the conflict in Ukraine said they faced racism and discrimination at the border between Poland and Ukraine.

Some Africans said officials rudely stopped them from crossing the border for days, in spite of the cold and lack of food and other supplies, even as they let white refugees enter the country.

Social media users were outraged by some of the videos shared, with one clearly showing a Ukrainian border guard vehicle.

Thousands of young African students are studying in Ukraine, mostly from Nigeria, Ghana, Kenya, South Africa, Ethiopia, Somalia and other countries, drawn by the high standard of education and low costs.

He expressed concern at the news of Ukrainian border guards hindering the exit of Nigerian citizens, and promised to investigate the matter quickly.

Ukrainian Foreign Minister, Dmytro Kuleba, asserted that Ukrainian border guards had been instructed to allow all foreigners to leave.

South African students and other Africans were badly treated at the border between Ukraine and Poland, South African Foreign Minister, Clayson Monyela, also tweeted on Sunday.

However, Ghanaian Foreign Minister, Shirley Ayorkor Botchwey, said students from Ghana had not had any problems leaving the country, in a statement released on Monday.

She said 38 of the 220 Ghanaians who had left Ukraine so far had crossed the Polish border without any problems.

“However, more than 460 people are still on their way out of Ukraine to neighbouring countries,” she said.

On Monday, Polish officials denied the accusations and a spokesperson called the social media reports “nonsense” in response to dpa’s query.

Reactions as Tinubu calls himself a youth