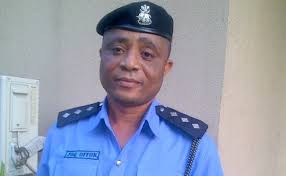 For the second time within a month, dare-devil armed robbers allegedly struck on Tuesday morning at 7th Avenue in Festac Town.

Although details are still sketchy,  the Lagos State Police spokesperson, DSP Joe Offor said in a statement that “following sporadic shooting in FESTAC early hours of today, 17th November, 2015 Residence of FESTAC area are advised not to panic.

He added that “there has been heavy deployment of soldiers and the police. Within the period some exercises may be going on in readiness for any attack from the hoodlums.”

Meanwhile, DSP Offor added, “residents are advised to go about their lawful businesses without any fear as the command and other sister security agencies are on top of the situation.”

However, while a source said the shooting was not carried out by armed robbers but that of a joint operation by security agencies, another source said it was actually armed robbing operation but could not give categorical details of what really happened.

Effort to reach the Police Public Relations, DSP Offor to give further details if it was actually robbing incident or a joint operations failed as his phone was said to have been switched off.