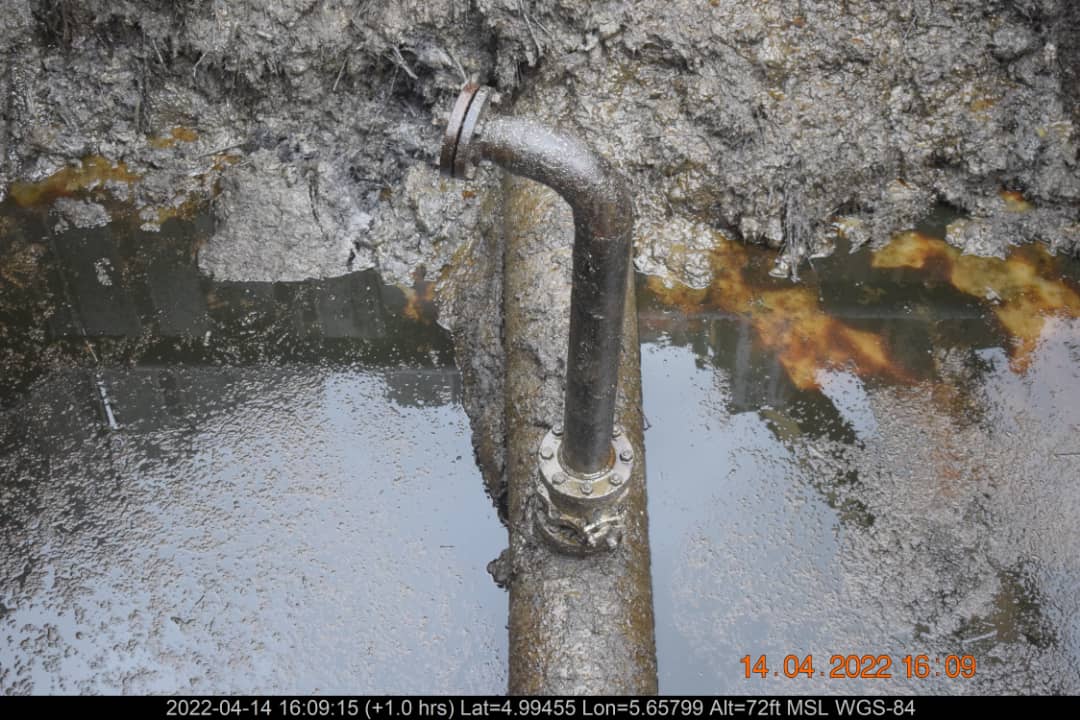 The National Oil Spills Detection and Response Agency (NOSDRA) has confirmed an oil leak from a 12-inch Benisede-Brass Creek Delivery Line at Peretuorugbene in Bayelsa.

The Director-General of of the agency, Mr Idris Musa, confirmed the incident on Sunday in an interview with the News Agency of Nigeria in Yenagoa.

Musa said the incident on the Shell Petroleum Development Company of Nigeria (SPDC) facility was investigated by NOSDRA.

He said the agency concluded its investigation on Saturday and regretted the adverse impact of oil theft and pipeline vandalism on the environment and economy of the nation.

He blamed the massive drop in power generation and collapse of the national grid on the frequent vandalism of gas pipelines.

According to Musa, a joint investigation conducted by NOSDRA, the operator, and community representatives on the incident indicated that it was caused by suspected oil thieves.

He said that the investigating team discovered that the thieves installed several “tapping points” on the Benisede-Brass Creek pipeline from where they siphoned crude.

“They do this by installing several tapping points on crude oil pipelines, particularly the current incident,” Musa said.

He called on the public to join hands with the government to flush out the criminal elements that are bent on enriching themselves through pipeline vandalism and oil theft.

Share this on WhatsApp
Related Topics:Agencyconfirmseconomic impactleakoil theft
Up Next