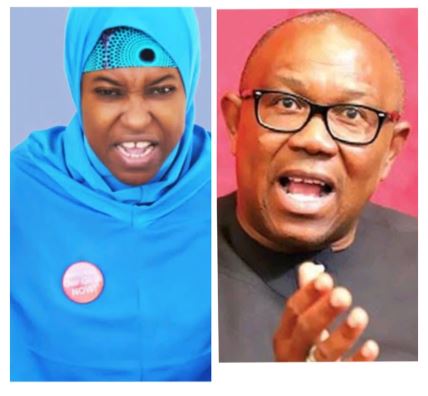 Popular #ENDSARS supporter and human rights activist, Aisha Yesufu recently blasted Former Governor of Anambra State and flag bearer of Labour Party, Peter Obi on his response to Senator Ekweremadu’s arrest along with his wife in UK.View pictures in App save up to 80% data.

Peter Obi had made a post sympathizing with Ekweremadus over their travail. He also offered prayers over the senator’s sick daughter while also committing them into God’s hand for justice to be done. This post came hours after it was reported that Senator Ekweremadu and his wife were being arraigned in a UK court over a case of child trafficking and organ harvesting.

However, Aisha Yesufu did not like this post made by Peter Obi. She stated that it was not good. According to her, Peter Obi can stand with Ekweremadu and also stand with the innocent boy whose organ was to be harvested. She was of the opinion that Obi could not also ask for justice for the boy in this post.