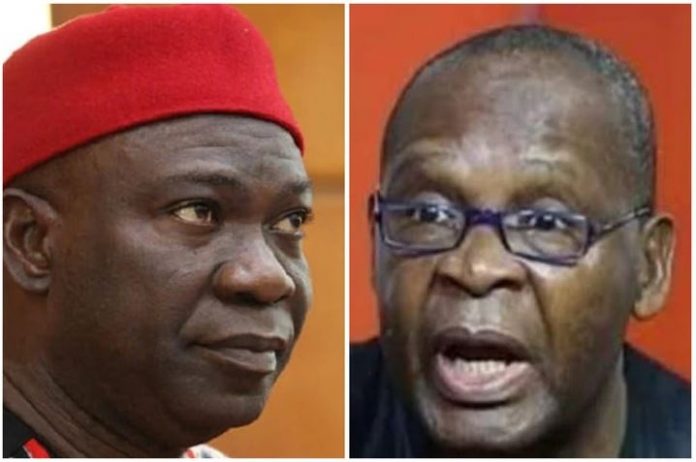 Ever since the news of Senator Ekweremadu and his wife’s arrest broke yesterday different versions of why they were arrested in the UK have been spreading. Some people claimed that the couple took an underage boy to the UK to get his kidney for their sick daughter after promising him a good life, While some are saying the boy involved lied against the couple because he didn’t want to return to Nigeria, so he thought the UK would grant him asylum if he lied that he is underage and his kidney was to be harvested.

While a lot of people have already settled with the news they read online without verifying if it’s true or not, Joe Igbokwe decided that he is not going to jump on the band wagon but he is going to wait until he gets a verified or correct version of the story before he comments on the issue.