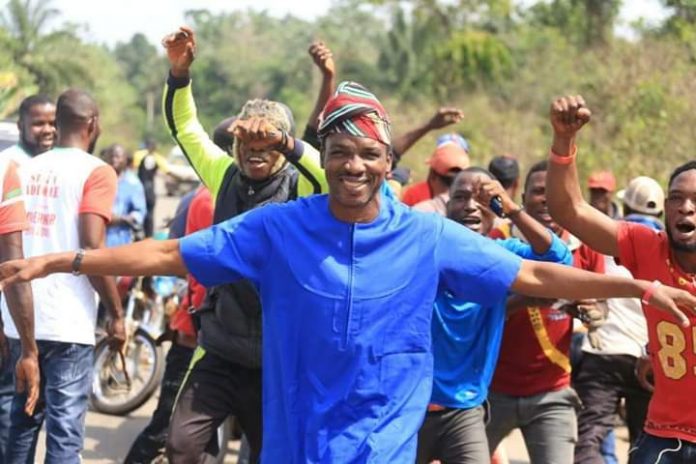 Ahead of Saturday’s supplementary poll in Ajeromi Ifelodun federal constituency,a chieftain of the Peoples Democratic Party (PDP) in Lagos State, Otunba Segun Adewale has counseled aggrieved members to sheathe their swords and work for the party’s victory.

Adewale who is laying claim to the chairmanship position of Lagos PDP, stated that the unity of all members in Ajeromi remains the factor for a successful outing come 27th of April as a continued animosity within can only portray it as a party without bearing.

“I call on all members of the party to be united and ensure that the party eventually win the rerun for the House of Representatives seat in Ajeromi Ifelodun federal constituency.

I urge the aggrieved to jettison their anger and allow peace reign in the interest of the party,  returning Hon Rita Orji back to the house should be a collective effort of all members
“Whatever the issues are, political solutions would be applied so that peace can reign in the constituency.

He added that no matter the disagreements, party members should be seen as one big family, that if those who are aggrieved decide to work against the party’s candidate, it will send wrong signals to innocent supporters and members of the public that the party is in disarray.

Adewale notes that members should come out enmass to canvass for votes, man all the polling units where rerun will take place and that PDP’s votes must be adequately guarded to avoid electoral robbery by the APC.

“Those who are aggrieved should not burn the bridge now because they may still need to pass through that same bridge in the nearest future, but whatever they do now will affect them when they also need the party.
“No one reigns forever their time will surely come if we are all patient, as service to humanity has no expiry date. The structure of the party must not be weaken to the advantage of those in the opposition or ruling party.

Adewale assured members that if the party PDP emerge eventually as many progress loving members of the party would wish, it will affect the party positively in the future elections,as the morale of members will be boosted.

“If the internal rancor is allowed to fester to the point of setting members against one another, the party would be seen as an unserious party, not worthy of being followed”.

He promised to ensure amicable reconciliation after the election.