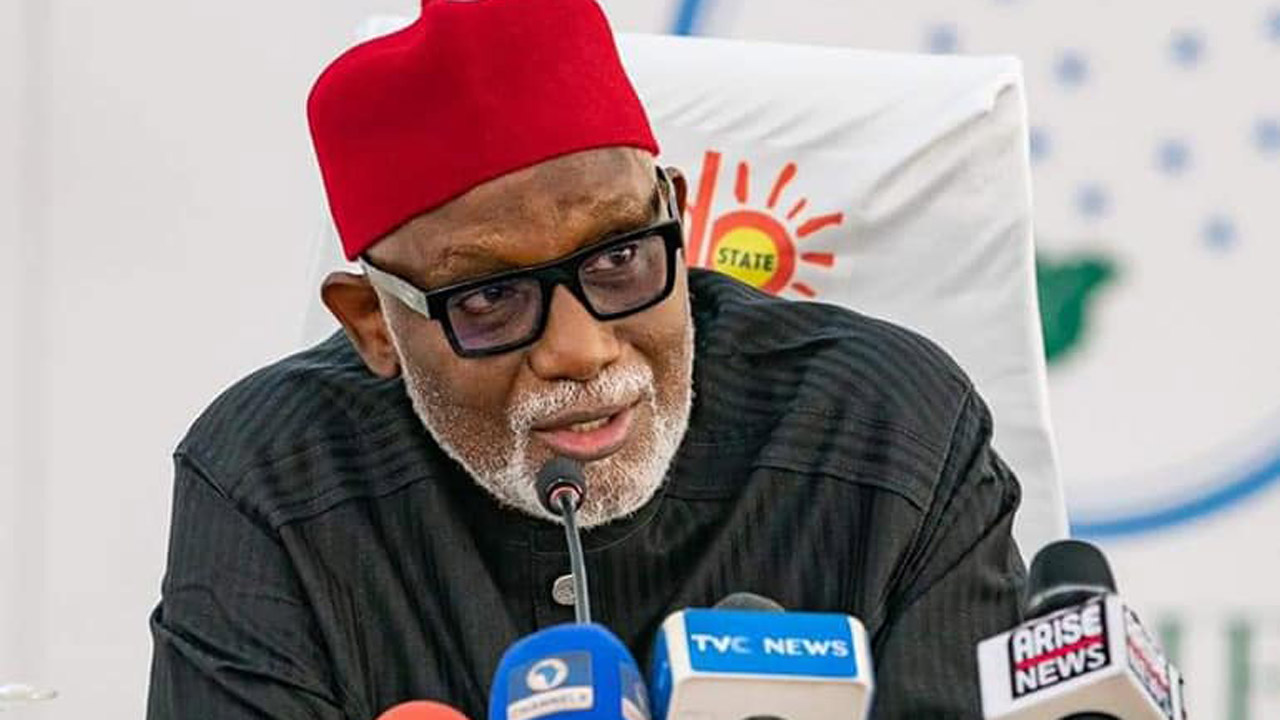 Gov. Oluwarotimi Akeredolu of Ondo State has urged traditional rulers in the state to use their positions to foster unity among their subjects and improve security within their respective domains.

Akeredolu stated this on Saturday during the presentation of instrument of appointment and staff of office to Oba Orimisan Oguntusi, the Odofin of Iju-Oke in Okitipupa Local Government Area of the state.

He also called on traditional rulers to use their appointments as an instrument of promoting peace, tranquility and development in their various domains.

Akeredolu, who was represented by the Commissioner for Local Government and Chieftaincy Affairs, Alhaji Amidu Takuro, however, warned the royal fathers against expansionist tendencies.

“You must see your appointment as a divine call to serve your people and always exercise restraint in the use of traditional powers being conferred on you by the state government.

“The instrument should be employed to strengthen the peace and cohesion of your domain and that of the state in general,” he said.

Speaking at the occasion, Chairman of Okitipupa Local Government Council, Mr Akinrinwa Igbekele, noted that the community had been without a traditional ruler for many years.

He expressed appreciation to the governor for approving the Justice Ajama Judicial Commission of Enquiry on Chieftaincy Matters.

He urged the royal father to live in peace and harmony with other traditional rulers in the council area, even as he called on the people of the town to join hands with him to move the community forward.

In his remarks, the All Progressives Congress (APC) candidate for Ondo South Senatorial District, Dr Jimoh Ibrahim, thanked Akeredolu for approving the elevation of Odofin of Iju-Oke traditional stool.

He reminded the governor that that there were still many more traditional stools that needed to be upgraded in local government area.

Ibrahim used the forum to urge the people of the area to vote massively for him, the APC presidential candidate, Sen. Bola Tinubu, and other candidates of the party at the forthcoming general elections.

He reiterated that he would declare a state of emergency on the decades of blackout in his senatorial district within six months of his assumption of office at the National Assembly, if elected.

The News Agency of Nigeria reports that the Iju-Oke stool was one of the 62 recently upgraded by the Akeredolu-led administration, following the recommendations of the Justice Ajama judicial commission of inquiry on chieftaincy matters.

NAN also reports that the occasion was attended by eminent personalities, political and religious leaders, women and youth associations as well as traditional rulers within and outside the council area.